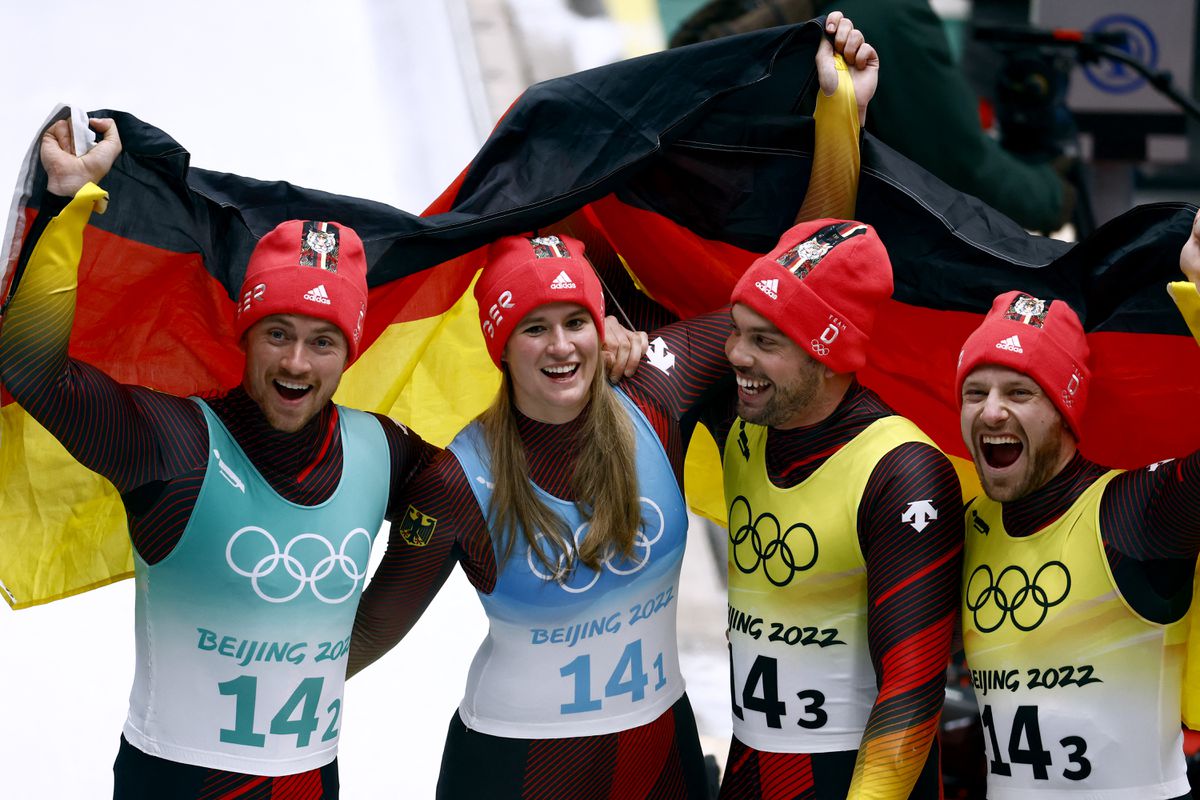 The giants of German luge combined their immense talents to take gold in the team relay on Thursday night, in a performance that underlined their mastery of the sport and means they will take home all the luge gold this Olympics had to offer.

It was a closely fought battle as the Germans made the last run of the night. Austria put in an outstanding collective effort, and Germany’s lugers fell a thousandth of a second behind their pace, only to catch up again, at least four times.

Natalie Geisenberger and Johannes Ludwig riding solo, followed by doubles duo Tobias Wendl and Tobias Arlt, rocketed down one after the other with the flair of athletes with nothing left to prove, finishing with a track record time of 3:03.406.

In the end the Austrian team of Madeleine Egle, Wolfgang Kindl and the pairing of Thomas Steu and Lorenz Koller were 0.08 seconds slower than their neighbours, taking silver.

The Latvians, a constant force in the luge event, finally secured their country’s first Olympic medal in the sport, taking bronze with a time 0.948 seconds behind the leaders.

It was the third Olympic team relay since its introduction in Sochi eight years ago. Germany has won all of them.

The relay features one woman, one man and one doubles team from each nation sliding in back-to-back-to-back runs. At the finish each athlete makes contact with a touch pad, which automatically opens the start gate for the next team member.

With lugers having just one run each to get it right, and with major actors from previous luge dramas making their return, the relay has a gala-feel for some of the teams, and a last chance-saloon for others.

Curve 13, a tricky twisting section at the conclusion of the Snow Dragon’s 1,615-metre track, wreaked almost as much havoc on the teams as it had with the women’s singles event on Tuesday.

After a promising first two runs, Slovakia were unable to finish after Tomas Vavercak and Matej Zmij skidded and crashed in that section.

South Korea’s Lim Namkyu flipped face down and skidded across the finishing line. Ukraine’s Yulianna Tunytska also had to right herself after a tip.

Our Olympic team will be writing a daily newsletter to land in your inbox every morning during the Games. Sign up today to join us in keeping up with medals, events and other news.