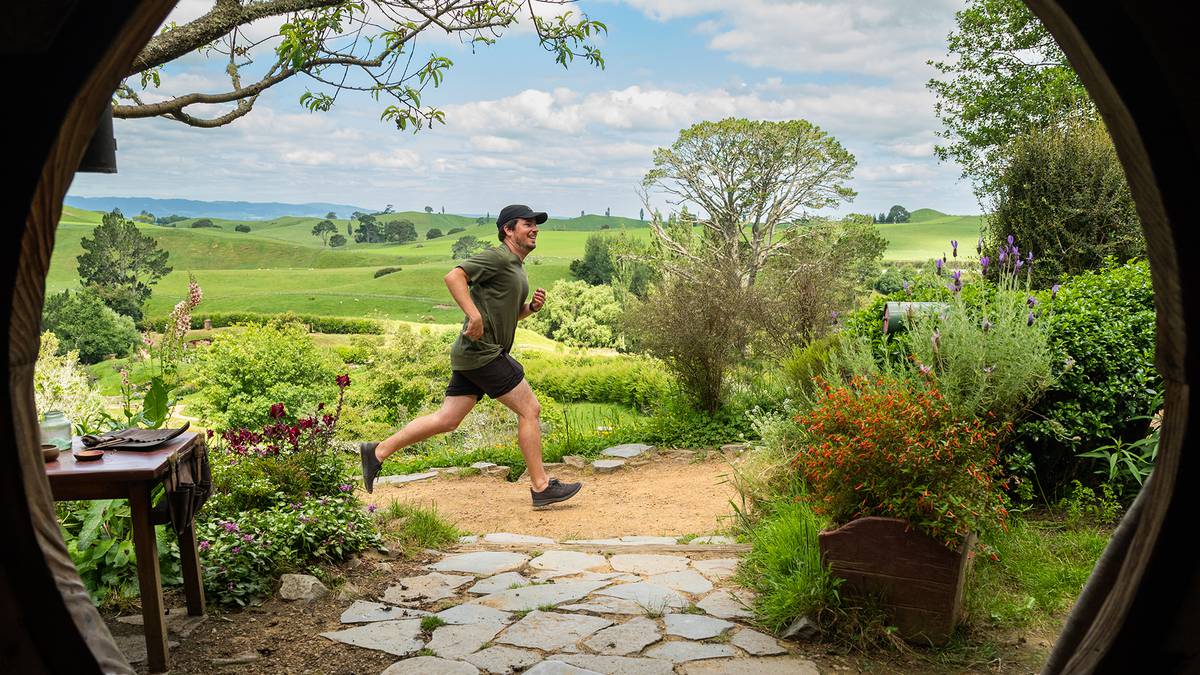 Among the events that received funding in the first round was the Middle-Earth Halfling Marathon, staged at Hobbiton Movie Set. Photo / Supplied

A total of 34 events across the Waikato, Rotorua, Taupō and Ruapehu regions will receive nearly $3 million in funding from the Government’s Thermal Explorer Regional Events Fund.

The fund was set up by the Ministry of Business, Innovation and Employment to support and provide new domestic visitation opportunities for the events and tourism sectors which have been severely impacted by the Covid-19 pandemic.

Regional tourism organisations from across the country have been appointed as facilitators of the fund.

Last year’s round of funding supported 15 events in the region with $1.6m while the latest allocation gives $1.3m to 19 events.

The events receiving funding support are a mixture of new and existing ones from diverse interest areas including business, sport, fitness, trail running, cars, music, and culture.

In total, the 34 events are predicted to attract over 300,000 people, with two-thirds being visitors from outside each host region. Some events have three-year funding agreements while others have received a one-year investment to boost their development.

Among the events that received funding in the first round was the Middle-Earth Halfling Marathon, staged at Hobbiton Movie Set at the end of April this year.

This inaugural event drew in 2500 people including 1000 competitors, some of whom dressed in costume. They ran or walked one of two distances around the picturesque village of Hobbiton, either the halfling (21.1km) or the eleventy-first (11.1km).

Middle-Earth Halfling Marathon event director Matt Reilly, of The Events Agency, says the Thermal Explorer funding enabled the event to get off the ground.

“The support gave us the seed funding necessary for us to be able to confidently move forward with developing what proved to be a successful event even in its first year and will only grow in the years to come.

“We’re already out there inviting runners and their supporters to mark their calendars for next year’s Middle-Earth Halfling Marathon.”

Other events that secured funding include New Zealand’s Fitness Festival and hunting and outdoor expo Sika Show, both set to take place at Mystery Creek in October, the Waitomo Trail Run in November and the Hamilton Gardens Arts Festival in February and March next year.

The Thermal Explorer Event Investment Panel that facilitates the fund is made up of eight members and Hamilton & Waikato Tourism is the lead entity.

Hamilton & Waikato Tourism chief executive Nicola Greenwell says the regions and event organisers are “immensely excited” about the opportunities made possible through the funding.

“The support allows the funded events to be developed, positioned and marketed to be or become an iconic or anchor event for the host region, growing exponentially each event, attracting out-of-region visitation, encouraging economic benefit and boosting capability in our events sector.”

Greenwell says the focus will now be on developing events sector capability across the Thermal Explorer regions.

“The ongoing upskilling of our events sector will best position the events being staged in our regions to be extraordinarily successful and sought after – not only by our local communities but also visitors to each of our regions.

“We’ve already held some well-attended capability-building workshops and webinars and we are expanding these along with other development initiatives.”

For more information on the Thermal Explorer Regional Events Fund and to view the full list of funding recipients, visit the Hamilton & Waikato Tourism website. 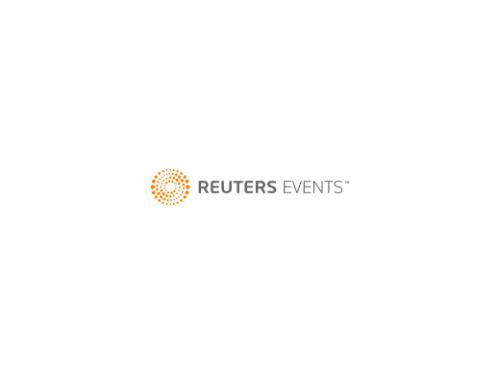 London, United Kingdom–(Newsfile Corp. – May 11, 2022) – Democratizing sustainability, specifically in the form of electric vehicles is an easy sell to those in Silicon Valley, but for many who are economically disenfranchised-whether in the Bronx or Bangalore-the promise of EV ownership remains beyond their means. For them, there are several challenging speed bumps along the way to EV adoption, including vehicle sticker price and total cost of ownership (TCO). Only when the balance between price and performance has been solved will EV adoption be truly available to all.

Join this free webinar to discuss how to improve EV total cost of ownership.

This discussion will delve into:

Don’t miss out this discussion and register now.

If you are not able to join on the day, register anyway to receive the recordings.

To view the source version of this press release, please visit https://www.newsfilecorp.com/release/123577 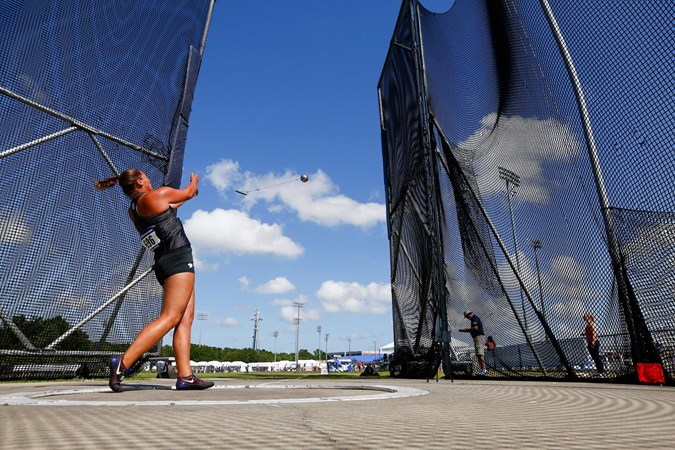 ORLANDO, Fla. — The Kentucky track and field teams won six events and had the top collegian in another events on Saturday, giving the Wildcats 11 total wins and 13 total top collegians at the outdoor-season-opening Black and Gold Invitational on the first of two days of competition at the UCF Soccer & Track Complex.

Uk’s women’s 4x400m relay of Dajour Miles, Karimah Davis, Masai Russell and Bryanna Lucas won the last event of the meet with a time of 3:42.51.

Shadajah Ballard and Darci Khan were the top two collegians in the women’s 100m hurdles, second and third overall, with respective windy times of 13.20 and 13.27 (+3.5).

Kentucky track & field ran for five event wins and swept the men’s 200-meter dash among collegiate competitors on the first of two days of competition.

Four Wildcats either improved their current standing or made it onto the UK all-time top times/marks list.

The Wildcats earned event wins in the men’s pole vault, men’s discus, men’s and women’s 400m hurdles and the men’s 200m on day one.

Dwight St. Hillaire ran for first in the men’s 200m with an outdoor personal best of 20.24 seconds, improving upon his already second fastest time in UKTF history. An unattached competitor finished second while UKTF swept third through sixth.

Keaton Daniel tied his best vault of the year (18’0.5″/5.50m) for an event win. Daniel is the school record holder in the event both indoors and outdoors and is the reigning 2021 NCAA Outdoor Championships silver medalist in the pole vault.

Josh Sobota won the discus with a personal best throw of 191’8″/58.44m. He now ranks ninth for UK all-time in the event.

Also earning third place was Robbie Springfield III in the long jump with a personal best 24’10″/7.57m jump that earned him a spot on the UK all-time list at 10th. 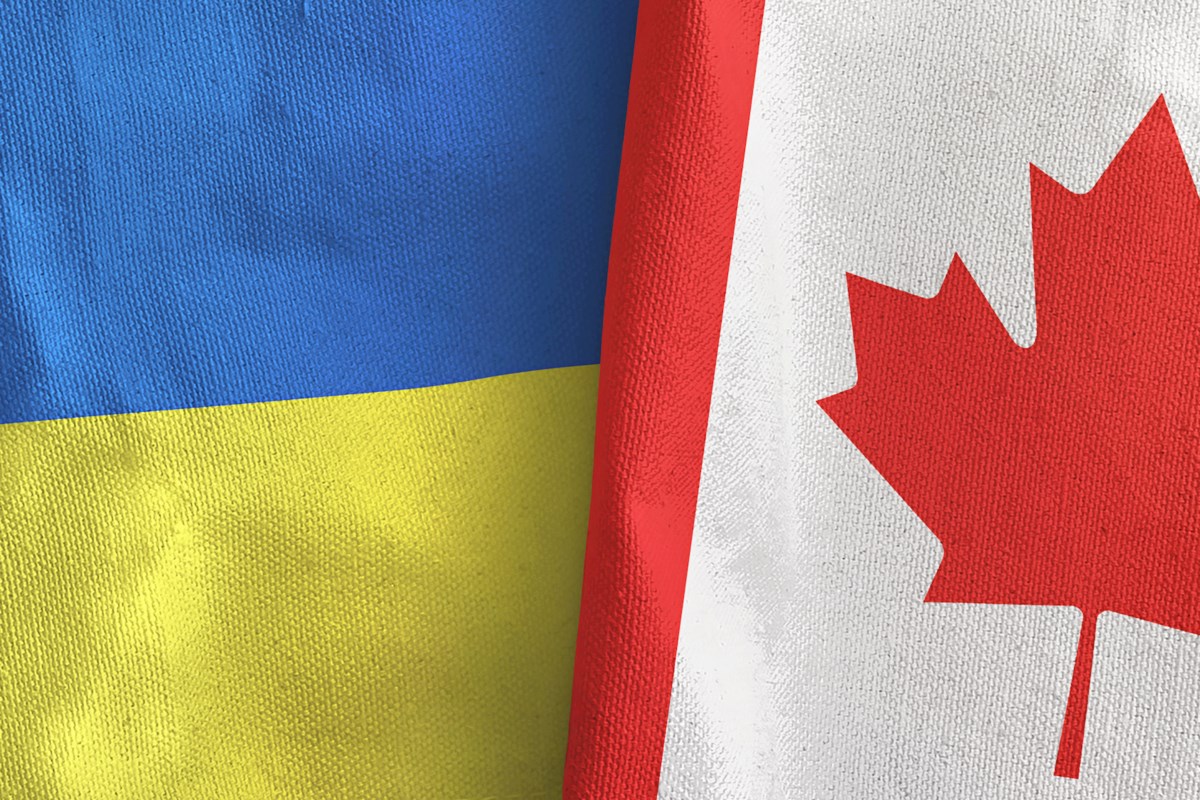 The second round of the ‘Elora for Ukraine’ raised $4,875 at its online auction on Thursday

ELORA – The second round of the “Elora for Ukraine” fundraising raised $4,875 from its online auction on Thursday, garnering an overall total of $27,000 from both its previous silent auction and online auction.

“Twenty seven thousand is the total between the in-person silent auction we did on Saturday at the Elora Cafe and the round two auction that was online last night,” explained Katie Cher, one of the fundraiser organizers, on the phone.

“We’re very thrilled that the community really came through with this event and help our friends out in Ukraine. This community has taught me what community means. We’re a small group of people with huge hearts, who go out of our way to help those in need – not just our fellow community members, but the members of our world community.”

The second round of the fundraising was held online with items and prizes people were able to bid such as an Ayrshire House stay and dinner at The Evelyn; getaway package at The Elora Mill, a few paintings, tattoo certificates and more.

“Many people bid for the online auction. We raised almost $5,000. We also had cash donations come in after the second round auction. Right now, we won’t be taking any more cash donations, but people can still donate directly to the Red Cross,” she said.

Katie Cher, owner of RubySage boutique store in Elora, explained she was sitting at her table feeling helpless and that there was nothing she could do for the people in Ukraine. She still has family living in Ukraine and wanted to help them and other Ukrainians affected by the war.

Cher said they will be taking a break from doing any other fundraising events for Ukraine for a week, but will come back to the table to brainstorm ideas. 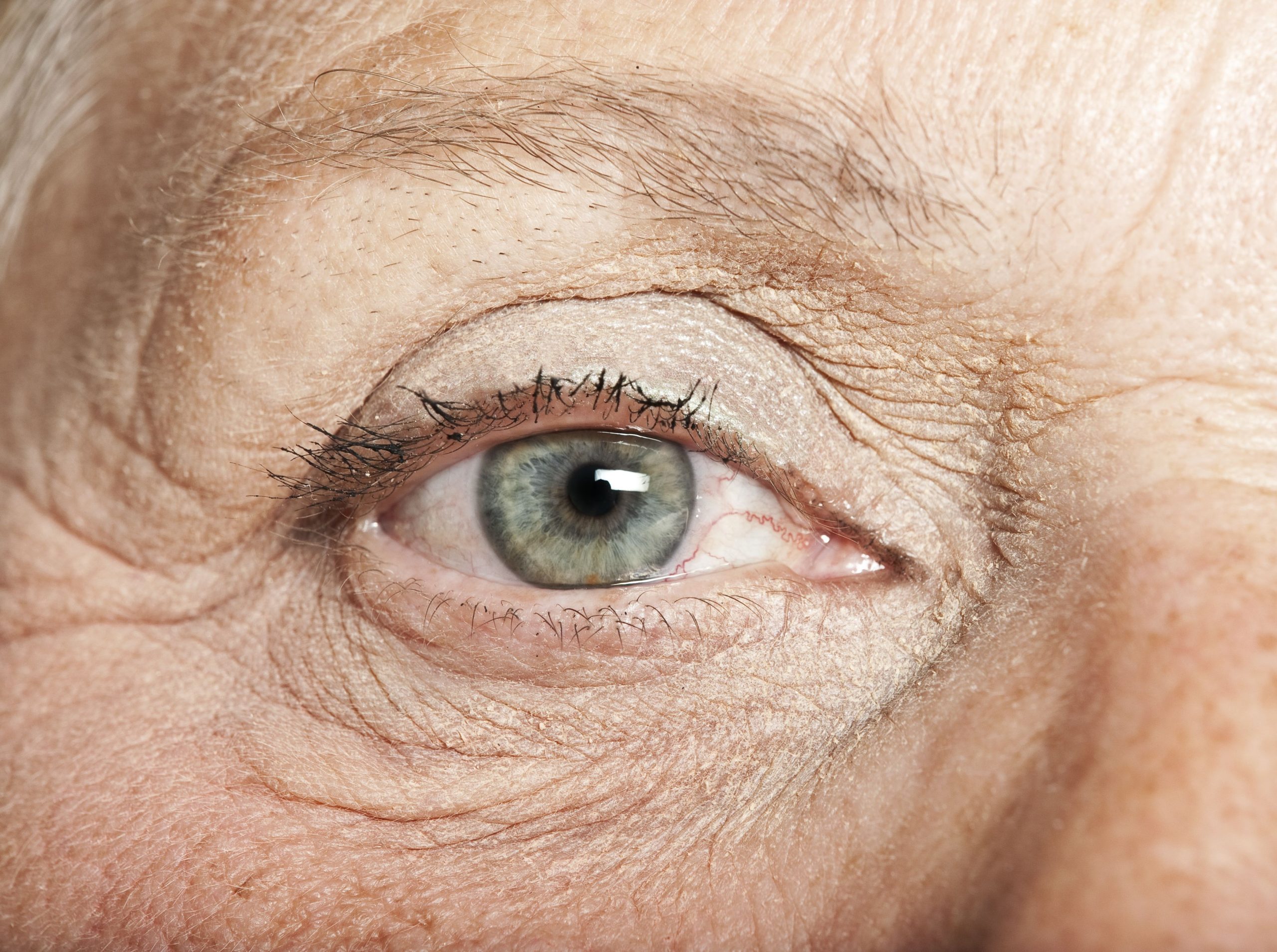 Although corneal adverse events (AEs) were observed in about 12% of patients with multiple myeloma (MM) treated with anticancer therapies, the clinical and economic burden of treating corneal AEs was low compared with total all-cause or MM-related per-patient-per-month (PPPM) costs, investigators concluded.

“As the current treatment landscape includes newer treatments, better understanding of these targeted treatments and their level of resource utilization is important. Therefore, further research and real-world evidence are warranted to assess the relationship between corneal AEs and MM treatment and to explore costs associated with specific treatments,” the investigators wrote.

In addition, the real-world retrospective cohort study, published in the Journal of Medical Economics, found that the majority of incident corneal AEs reported were mostly treated in outpatient care centers by ophthalmologists rather than by a hematologist or oncologist.

With increased use of novel anticancer therapies, adverse effects on patients’ eyes have become more common. However, given the novelty of many of these agents, oncologists may not be very familiar with the potential ophthalmologic AEs associated with targeted anticancer therapies. Knowing that AEs can affect patient quality of life and increase economic burden on the health care system, there remains a need to assess the incidence and extent of the burden of managing corneal AEs and related symptoms among patients receiving MM therapies.

The investigators collected information from the IQVIA PharMetrics Plus database, which contains adjudicated health insurance claims data from US commercial insurance plans. The evaluation period lasted between January 1, 2011, and December 31, 2017. Adults with newly diagnosed MM and adults with lymphatic or hematopoietic malignant neoplasm were included in the analysis. The index period, defined as the date that a patient first received a novel MM therapy, was from January 1, 2012, to December 31, 2016.

Within the index period, 2120 patients with MM and 26,923 patients with hematologic malignant neoplasm were identified and enrolled into the MM cohort and the hematology cohort.

Among the MM cohort, 248 (11.7%) patients had at least 1 incident of corneal AEs after initial onset of MM therapy. Also, 7.4% of the hematology cohort experienced at least 1 corneal AE after therapy onset. The most commonly reported corneal AEs in the MM cohort were dry eye (6.1%), keratopathy or keratitis (2.5%), blurred vision or decreased acuity (3.4%), and photophobia (0.2%).

For the patients with MM who reported a corneal AE, the overall median PPPM cost for a corneal AE was $27, representing less than 1% of the median all-cause costs during the follow-up period. The median total all-cause PPPM cost was $17,286 and the median MM-related PPPM cost was $13,851. The investigators noted that the costs were primarily driven by outpatient care, as most of the patients visited an outpatient facility for their AEs.

The use of a 12-month washout period to identify newly treated patients, lack of generalizability to the general MM population or to patients with MM older than 65 years who are enrolled in Medicare, and lack of information on comorbidities were listed as study limitations. Additionally, there may be a potential underreporting of corneal AEs because older patients have a higher risk of dry eye syndrome.