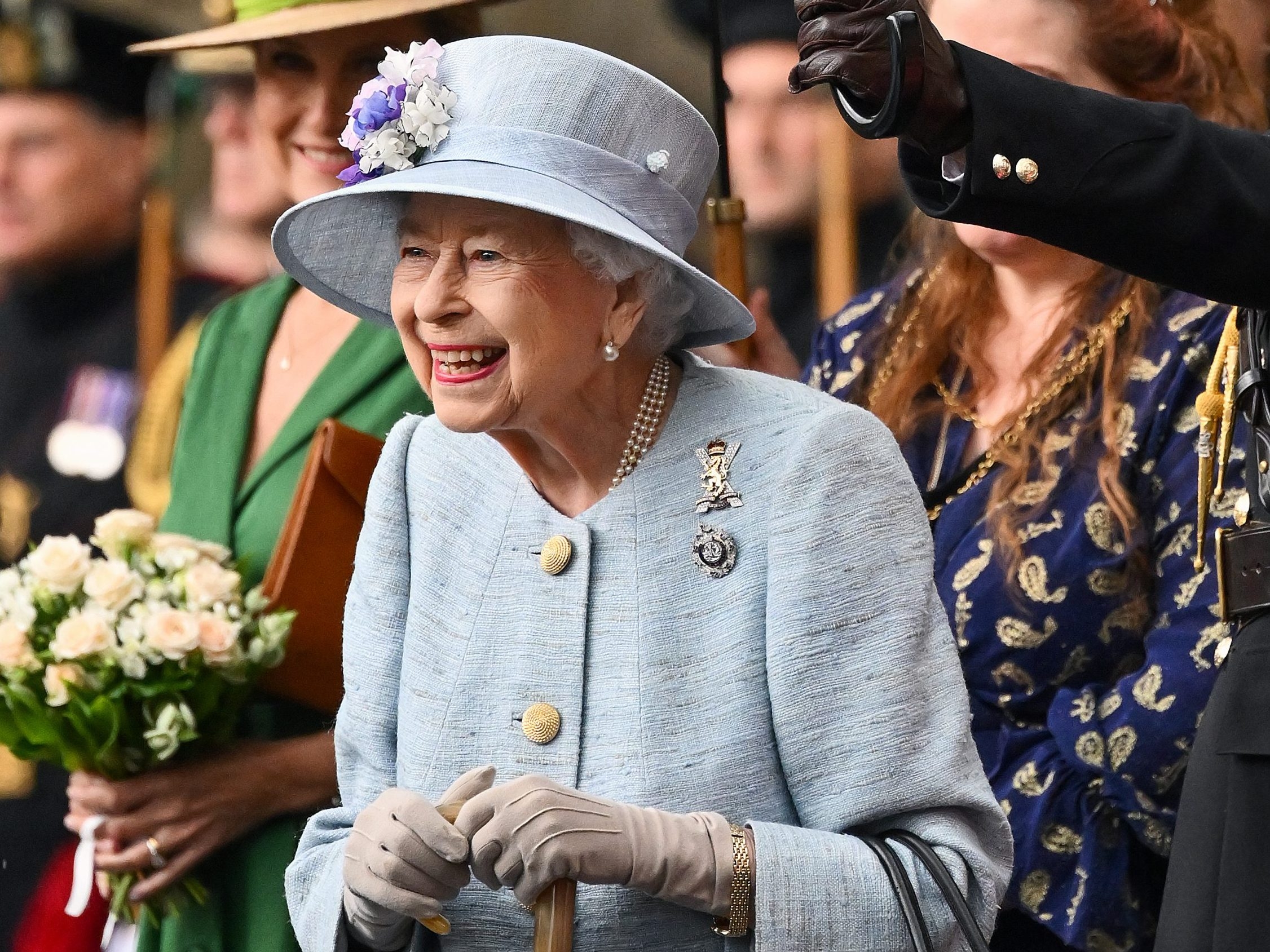 LONDON — Queen Elizabeth II travelled to her official residence in Scotland on Monday to open a week of traditional events, starting with an ancient ceremony at the Palace of Holyroodhouse.

The 96-year-old monarch, who has cut back on public appearances in recent months because of ongoing problems in moving around, took part in the “Ceremony of the Keys” in Edinburgh.

She was symbolically offered the keys to the city and welcomed to her “ancient and hereditary kingdom of Scotland.” Tradition dictates that she returns them, entrusting their safekeeping to the city’s elected officials.

A smiling Elizabeth stood in the forecourt at the palace, with a member of her entourage holding an umbrella over her head.

The monarch was joined by her youngest son, Prince Edward, and his wife Sophie.

The queen is expected to attend a military ceremony in the palace gardens on Tuesday. The military parade will pay tribute to her role as head of the U.K. armed forces.

The visit comes three weeks after the Platinum Jubilee, which marked the monarch’s 70 years on the throne. She only made a few appearances during the four-day holiday weekend, with officials saying she experienced some “discomfort” during those events.

Prince Charles, her son and heir to the throne, has been taking on a greater public role in recent months. He was also taking part in the events in Scotland along with other members of the Royal Family.