The Royal Family is gearing up for Queen Elizabeth II’s Platinum Jubilee to mark 70 years since her ascension to the throne.

The Queen is the first British monarch to celebrate 70 years of service and will be honoured for the work she’s done for the people of the United Kingdom, the Commonwealth and the Realms.

Celebrations have been ongoing for the past year, but it culminates later this week with a four-day holiday in the U.K. that promises to be full of pomp and pageantry.

Where will you be able to see the Queen? Will Prince Harry and Meghan Markle make an appearance? Which British celebrities will we spot raising a glass to the monarch? Read on to see what the palace has planned for the long weekend.

Trooping the Colour: The Queen’s annual birthday parade will kick off the festivities on June 2, when more than 1,200 officers and soldiers, the 1st Battalion and the Irish Guards will put on a display of military pageantry. They will be joined by hundreds of army musicians and approximately 240 horses.

It’s an annual birthday tradition that has been used to celebrate the birthday of the British sovereign for more than 260 years.

It will be one of the busiest events in London — tickets are already sold out — but officials say there will be an opportunity for people to view the parade as it travels from Buckingham Palace to the parade ground. There will also be large screens erected in St. James’ Park for Londoners to watch and the festivities will be shown live on TV.

Once the parade has ended and the procession has returned to the palace, the Royal Family will make a balcony appearance, as they do every year.

Only working royals have been invited to stand on the balcony this year, leaving out Harry and Markle. The Queen’s embattled son Prince Andrew has also been left off the invite list after being stripped of his royal title and patronages earlier this year. 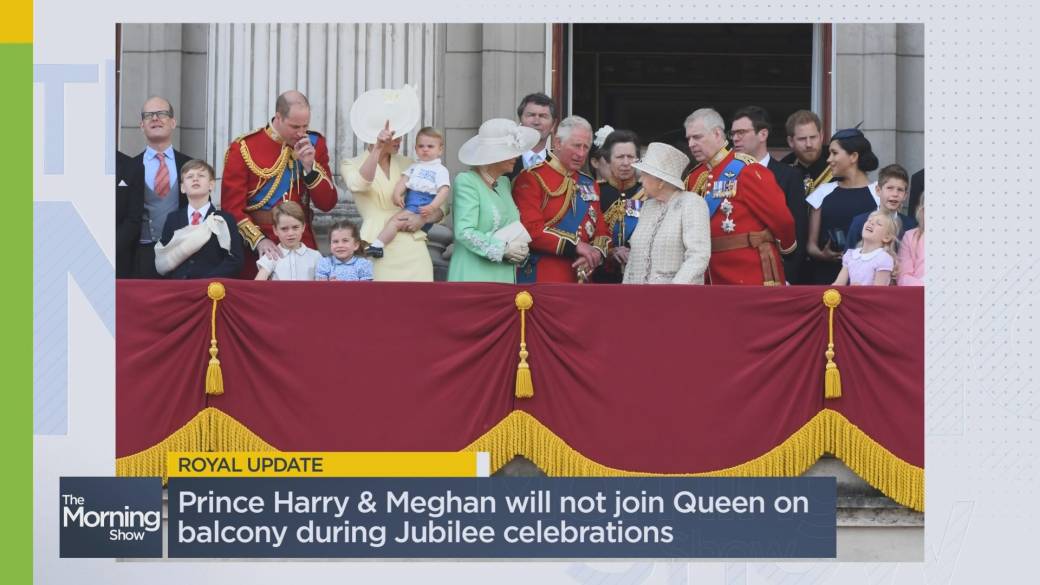 Platinum Jubilee Beacons: The U.K. will uphold the long-standing tradition of lighting beacons to celebrate the jubilee.

The beacon chain, once used as a tool for communication, is now used for royal jubilees, weddings and coronations, as a sign of unity across towns and borders in the U.K.

In 1977, 2002 and 2012, beacons commemorated the Silver, Golden and Diamond Jubilees of the Queen, and in 2016 her 90th birthday. More than 1,500 beacons will be lit throughout the United Kingdom, Channel Islands, Isle of Man and U.K. overseas territories.

A principal beacon, called The Tree of Trees, will be lit in a special ceremony at Buckingham Palace on the evening of June 2.

There are three kinds of beacon events:

Service of Thanksgiving: On June 3, Great Paul, the largest church bell in the country, will ring during a service of thanksgiving for the Queen’s reign, to be held at St. Paul’s Cathedral.

The bell was made in 1882 but fell silent in the 1970s due to a broken mechanism. It was fixed in 2021 and has been rung eight times since, but this is the first time it will ring for a royal occasion since its restoration.

People magazine reports that the service might be the first glimpse we see of Prince Harry and his wife, although it’s expected the couple’s children, Archie and Lilibet, won’t attend due to their young age.

The Queen is known to love a good horse race, and it’s been noted that she often appears happiest when watching and interacting with thoroughbreds. However, there have been some reports that the Queen might not make this year’s race, opting to “pace herself” over the course of the weekend, and will use the afternoon to meet her granddaughter, Lilibet, instead.

Regardless, the Derby website promises lots of fun and a carnival-like atmosphere for this year’s event. We’re sure to see the very best of British horse-racing fashion come out of this event, too, so get your fascinators and top hats ready.

Platinum Party at the Palace: On June 4, royal watchers will also be treated to a concert that will feature some big names from the music scene.

Diana Ross will close the two-and-half-hour show with her first live performance in the U.K. in 15 years.

Stars from the stage and sporting worlds, including Sir David Attenborough, David Beckham, Stephen Fry, Dame Julie Andrews and The Royal Ballet, will make appearances and there will be a specially recorded performance from Sir Elton John.

The Big Jubilee Lunch: According to the Palace, more than 60,000 people in the U.K. have registered to host Big Jubilee lunches on Sunday, June 5, which will feature events ranging from world record attempts for the longest street party to small, backyard barbecues and plenty of events in between.

The festivities aren’t just limited to the Brits, however. Worldwide, more than 600 international Big Jubilee lunches have also been organized, including a number in Canada.

The Platinum Jubilee Pageant: The weekend’s festivities will be capped with a final pageant that the palace promises will feature some of the biggest names in celebrity, as well as the inclusion of more than 6,000 volunteers, essential workers and 2,500 members of the general public.

Has the Commonwealth ‘run its course?’ Platinum Jubilee raises questions on future

Although the Queen won’t personally lead the parade in the Gold State Carriage, the pageant serves as an opportunity to pay tribute to her and will bring to life iconic moments from her 70-year reign. The three-kilometre parade route from Westminster Abbey to Buckingham Palace will start with the chiming of the bells at the church before 10,000 parade participants act out of the story of the Queen’s reign as they travel the route.

According to several news sources, tributes to the Queen and Philip will include a Bollywood-inspired reimagining of their wedding day in 1947, including a six-metre-tall wedding cake and performances by 250 Bollywood dancers.

The pageant will culminate directly outside Buckingham Palace with a show from pop superstar Ed Sheeran, who will perform his love song Perfect at the pageant as a tribute to the Queen and her late husband. 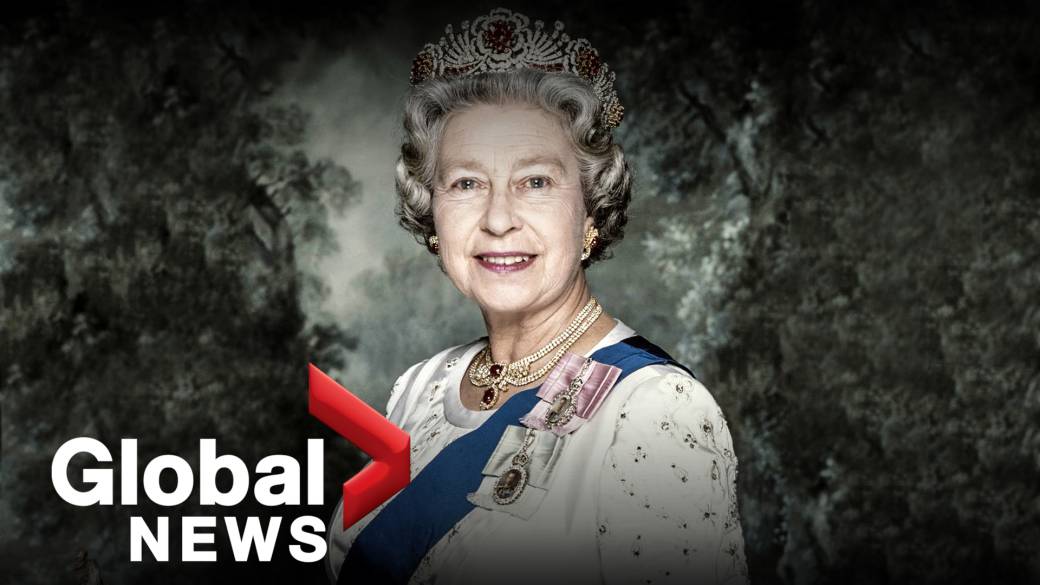