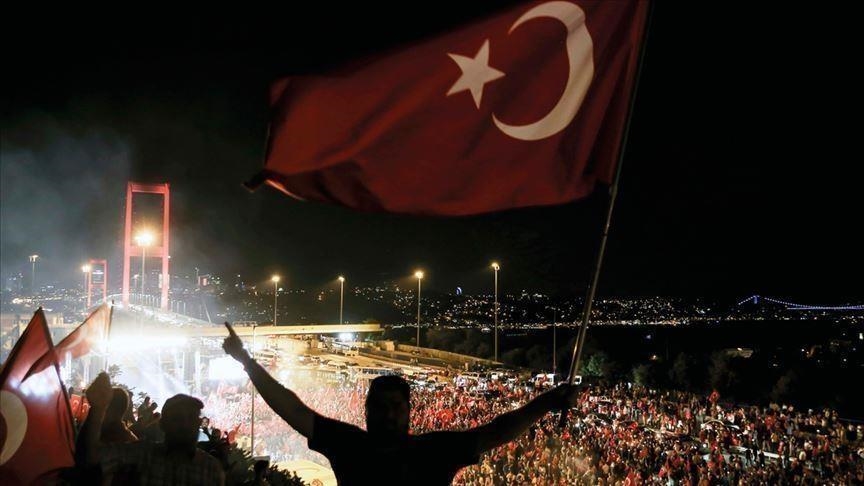 Türkiye’s Communications Directorate is set to hold commemoration events across the country and abroad, under the theme For the Love of Türkiye, to highlight the heroic resistance of those who sacrificed their lives during the defeated coup of the FETO terror group six years ago.

On the sixth anniversary of the July 15, 2016 coup attempt of the FETO terrorists, comprehensive commemoration events that will be organized under the coordination of the directorate will emphasize the love for the country and nation as well as the strong will and determination of Turkish people, which paved the way for the July 15 victory.

The events abroad will note the democracy prevailing on the defeated coup, the strength of the Turkish democracy, and the danger posed by FETO terrorists to world democracies.

In Türkiye, President Recep Tayyip Erdogan will attend a series of events in Ankara at the presidential complex and will leave for Istanbul where he will address the people at Sarachane Square on Friday evening.

Other events in major cities such as Ankara, Istanbul, Izmir, and Gaziantep will also take place, according to a statement by the directorate.

Ankara accuses FETO of being behind a long-running campaign to overthrow the state through the infiltration of Turkish institutions; particularly the military, police, and judiciary.

Anadolu Agency website contains only a portion of the news stories offered to subscribers in the AA News Broadcasting System (HAS), and in summarized form. Please contact us for subscription options.