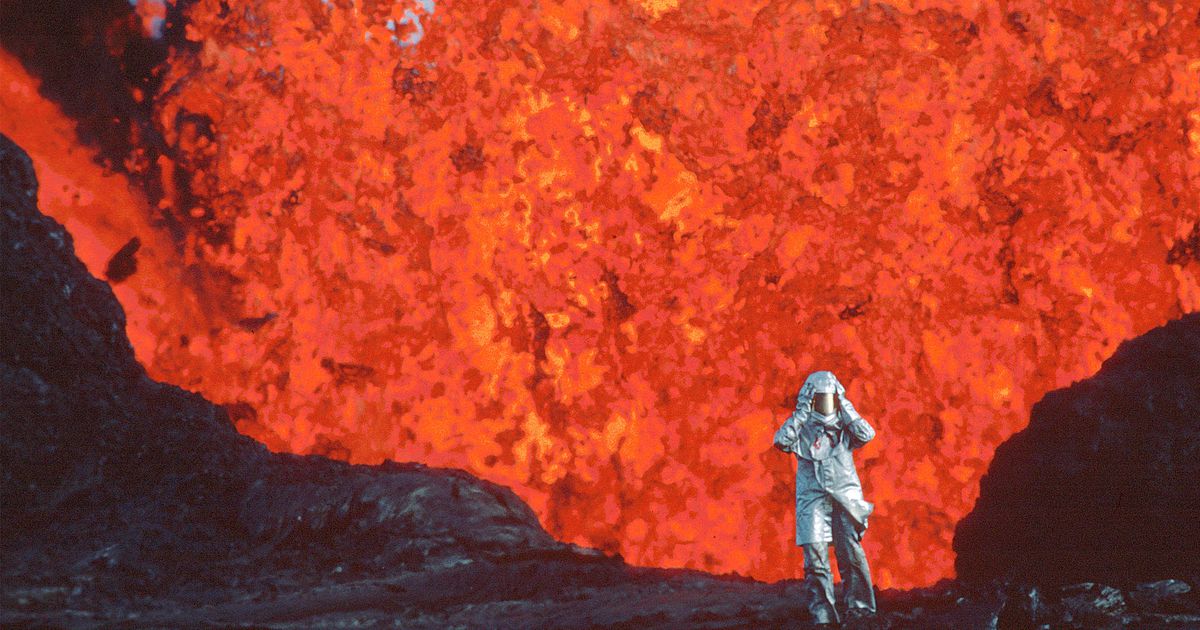 The start of Salt Lake City’s Twilight series, a free movie and a fundraiser to help rescue pets.

(National Geographic Documentary Films) Volcano researcher Maurice Krafft, in an image captured by his wife, Katia, gets up close to their subject in the documentary “Fire of Love,” directed by Sara Dosa. Sundance Institute is presenting a free screening of the film, Thursday, July 14, 2022, at Red Butte Garden in Salt Lake City.

A Surprise to open Twilight

Salt Lake City’s Twilight Concert Series kicks off Thursday night at the Gallivan Center, 239 S. Main St. Headlining the series’ launch is Rainbow Kitten Surprise, a five-member indie alt-rock band originally from North Carolina. The opening acts are the alt-blues band Houndmouth and the Salt Lake City-based Dad Bod. The show is sold out, but tickets are available — at a steep markup from the original $10 — on the resale market. Go to saltlakearts.org/twilightconcertseries for information.

‘Fire of Love,’ for free

One of the best romantic dramas to come out of this year’s Sundance Film Festival is entirely true. The documentary “Fire of Love” tells of Maurice and Katia Krafft, whose love for each other was matched only by their shared love of exploring volcanoes — which they did by getting as close to them as possible with cameras, filming lava flows and ash explosions. The screening of director Sara Dosa’s film starts Thursday at 9:15 p.m. at Red Butte Garden, 300 Wakara Way, Salt Lake City. Admission is free, but registration is recommended; go to sundance.org/sundancelocals for information.

Nuzzles & Co., the nonprofit no-kill pet rescue and adoption organization in Summit County, is throwing its annual gala fundraiser on Saturday, starting at 5:30 p.m., at the DeJoria Center at High Star Ranch, on State Road 32 in Kamas. The event includes a silent auction, a curated menu, and a live auction with getaways and big-ticket items. There’s also a “Snuggle Lounge,” where guests can meet adoptable puppies. Advance tickets are $225 each; a table of 10 is $2,250; go to nuzzlesandco.org for details.