Prime Minister Narendra Modi would be on a two-day visit to Karnataka from Monday to take part in a host of events, including leading the International Yoga Day, according to Chief Minister Basavaraj Bommai.


Tomorrow, the Prime Minister is arriving in Karnataka on a two-day visit. He will take part in an inauguration and a foundation-laying ceremony in the Indian Institute of Science. He will also inaugurate Ambedkar School of Economics, Bommai told reporters here on Sunday.


He added that Modi would lay the foundation stone for various railways and National Highway Authority of India-related programmes.


Modi will also address a public meeting in Bengaluru. We have made all necessary arrangements for the events. Senior officials are supervising the works, the Chief Minister said.


According to Bommai, the Prime Minister would address a public meeting in Mysuru on Monday evening and would visit Suttur Math and Chamundi Hills the same evening.


The Prime Minister will take part in the International Yoga Day event on the Mysuru Palace premises (on Tuesday). After that, he will leave for Thiruvananthapuram. We have made all the arrangements for the events, Bommai said.


At Suttur Math in Mysuru, the Prime Minister would dedicate to public the Veda Pathashala building and release of commentaries on yoga and bhakti.


The International Yoga Day event would start at 6.30 AM on Tuesday and go on till 7.45 am.

(Only the headline and picture of this report may have been reworked by the Business Standard staff; the rest of the content is auto-generated from a syndicated feed.) 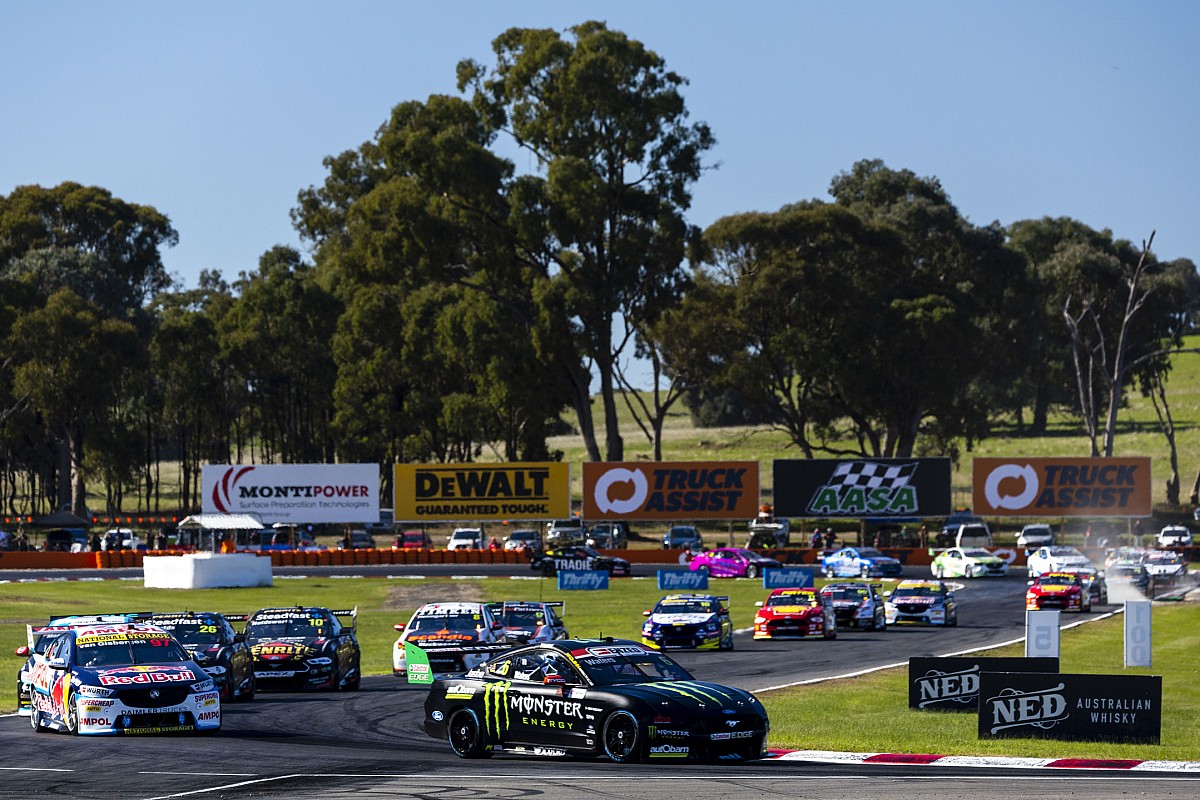 Two-day meetings have become common for Supercars since the pandemic with five listed on the schedule for this year, including last weekend’s Winton SuperSprint.

Usually the meetings do run over three days, however the Friday is restricted to support category running before Supercars hit the track on Saturday.

The idea is that Supercars teams can save on accomodation and meals for their crew, while there is also a cost-saving for only having to broadcast two days, with the support running on Friday not televised.

At the recent Perth SuperSprint the Friday wasn’t even open to fans to save money on services required when the gates are open.

The flip side to the cost saving is a hectic schedule, particularly on the Saturday when there is two practice sessions, qualifying and a race.

As well as the pressure that puts on crews, the crammed schedule makes it difficult for teams to have drivers involved in fan activations like signing sessions.

According to Walkinshaw Andretti United team principal Bruce Stewart, the trade-off isn’t worth the cost saving.

“One of the beauties of our sport, which we can never lose sight of, is the connection and engagement with the fans,” he told Motorsport.com.

“In the COVID period the two-day events served a purpose, but I would be a big fan of trying to expand our engagement and reach over a long period for the fans and for the partners.

“I’m an unashamed fan of three day race meetings and enabling a better experience for anyone who takes the time to come to the track.”

“There’s pluses and minuses for everything, but for us three-day meetings are better,” he said.

“You can activate your sponsorship base better and involve the fans in what you’re doing a lot more. With a two-day meeting you’re just flat out racing, not doing anything else.

“It does add a little bit of cost for the teams, but a lot of teams are bringing up crew on the Thursday anyway.”

That same view is shared by Team 18 team manager Bruin Beasley, who says places like Benalla, near Winton, often have a three-night minimum booking on Supercars weekends.

“As soon as you make a booking for accomodation on a Supercars date, you have to book three days anyway,” he said. “The only real difference is a night’s meals. The rest of it is marginal.

“I think three days is much better, it takes the stress off everybody.”

Tickford Racing CEO Tim Edwards, meanwhile, argues that there are two sides to the story.

While he admits the two-day schedule puts pressure on crews, he’s of the opinion that the track time is what fans want.

“If I was sitting in the grandstand today, I came here to watch Supercars racing and I saw a lot of it,” he sad of Winton.

“Is it hard on the teams? Absolutely. I get where people are maybe not as comfortable with it.

“My gut feel, we’ll end up with a small number of them. I think they suit a weekend like [Winton]. Invariably on a Friday you hardly get anyone here anyway. So the value for money for the people who come on Saturday and Sunday, you see a lot more Supercars than you would if we practiced on the Friday.

“It’s bloody hard on the teams. [On Saturday] James’ car didn’t roll out of the truck on the money and we were in the back foot. You’re frantically trying to figure out how much fuel to put in the car, let alone looking at squiggly lines to try and make the car faster. On a three-day meeting it’s all very relaxed. The engineers sit in the truck for hours at night delving through everything.

“I think there are two schools of thought. But for the public that were here, they got more bang for their buck.”

The next two-day meeting on the schedule is The Bend SuperSprint on July 30-31.