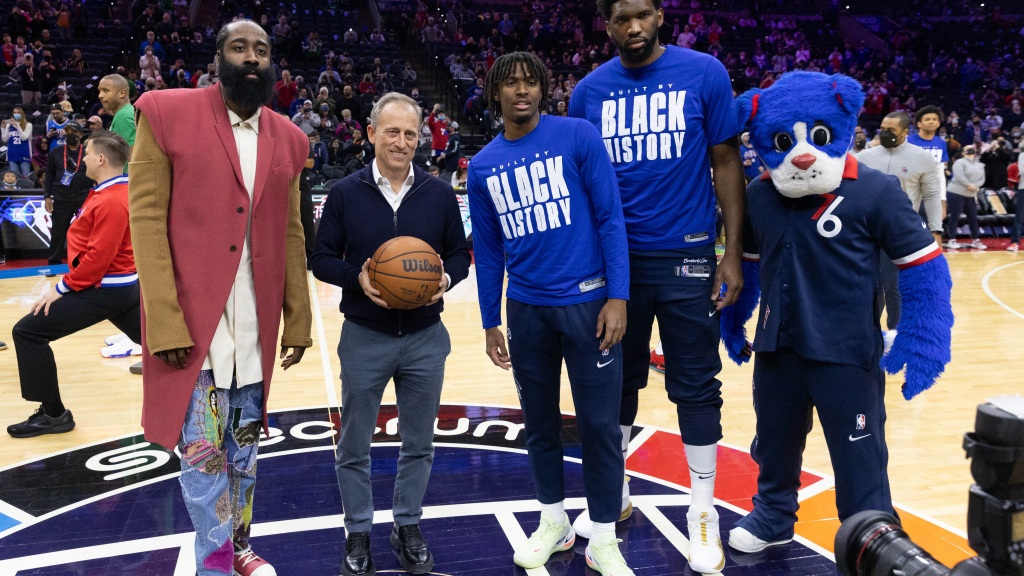 Fresh off a 19-point effort in a Philadelphia 76ers win over the Milwaukee Bucks on the road on Thursday, Tyrese Maxey was back in action on Friday. This time, however, he was in Cleveland as one of Philadelphia’s representatives at All-Star weekend. While Joel Embiid will be a participant in the actual All-Star game on Sunday night, Maxey participated in the Clorox Rising Stars game and Clutch Challenge on Friday night. The second-year guard out of Kentucky was selected by Team Worthy, which was led by Los Angeles Lakers legend James Worthy. They faced off with Team Isiah in the first Rising Stars game.

After the second Rising Stars game, Maxey and Raptors rookie Scottie Barnes partnered in the Clorox Clutch Challenge. A better name for that pairing may have been the Clorox Choke Challenge, though.

In his only game action of the night, Maxey, like 5 of his 7 teammates, was a bystander to the 36 points between Jalen Green and Jalen Suggs. The young Sixer attempted a trio of jumpers — a triple from the top of the key, a James Harden-esque step-back from the corner, and a 15-footer fading to the side. Maxey missed all three shots, and didn’t really command touches beyond that.

He was content with some light jogging up and down the floor, and mostly looked to dish off to his teammates when he had the ball.

Maxey did make what would’ve been the game-winning play, delivering a hit-ahead pass to Jalen Suggs in transition. Tyrese Haliburton fouled Suggs as he coasted in for a layup, sending him to the line for a pair of free throws. Maxey’s hit-ahead was ultimately in vain, as Suggs missed the second free throw to keep the door open for Team Isiah, who eventually eliminated Team Worthy on a pair of free throws from promising second-year guard Desmond Bane.

In the Clorox Clutch Challenge, 4 duos re-imagined 5 iconic shots in NBA playoff history — Magic Johnson’s baby hook (right above restricted area), Charles Barkley’s jumper from the top of the key (right below three-point break and above the free throw circle), Reggie Miller’s three-pointer from the right wing (after pushing off of Michael Jordan), Ray Allen’s corner three-pointer from the right corner (against the Spurs in Game 6 of the Finals), and Damian Lillard’s triple from near the logo (to eliminate the Thunder from the 2019 playoffs).

Maxey and Barnes had no problem hitting on the Allen corner triple and Barkley top-of-the-key jumper, respectively. But, he and Barnes could never quite advance because the Raptors’ rookie succumbed to the pressure of what should’ve been an easy shot in the baby hook. Maxey tried to relieve the pressure by stepping in to make the short hook, but he also missed the shot. So, both went down in infamy.

Maxey is not scheduled to participate in any more of the events in Cleveland this weekend. So, he’ll have some time to rest up before preparing for the stretch run as Philadelphia looks to make its push for home-court advantage in the playoffs.