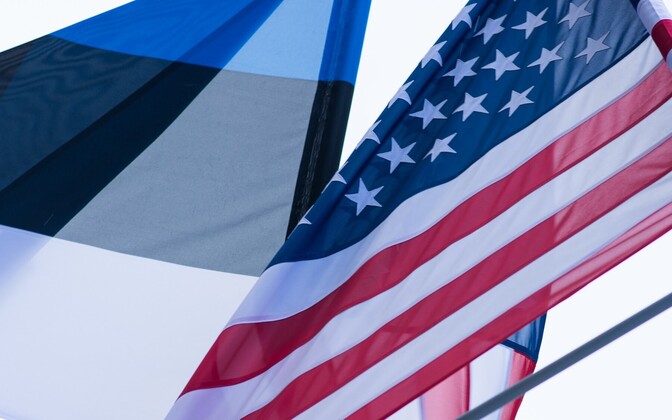 On Monday, May 9, U.S. Embassy officials will visit the southern border city of Valga, where they will meet with students at Valga High School as well as host a concert featuring the U.S. Army Europe and Africa Band and Chorus’ Soldiers’ Chorus at the Valga Cultural Center (Kesk 1), according to a press release.

On Tuesday, May 10, Charge d’Affaires Brian Roraff will visit the Central Estonian city of Viljandi, where he will meet with local municipal leaders and students as well as visit the American Corner at Viljandi City Library.

That evening, the U.S. Embassy will host another free concert featuring the Soldiers’ Chorus at the Estonian Traditional Music Center (Tasuja pst 6).

On Wednesday, May 11, embassy officials and members of the Soldiers’ Chorus will meet with students at Tallinn Südalinna School.

That evening, the U.S. Embassy will host a third free concert featuring the Soldiers’ Chorus at the Lindakivi Cultural Center (Jaan Koorti 22) in cooperation with Lasnamäe District.

All three concerts are open to the public, with free admission, and begin at 6 p.m.

Under the direction of Lt. Col. Randall Bartel, the U.S. Army Europe and Africa Band and Chorus’ Soldiers’ Chorus is stationed in Sembach, Germany.

The chorus currently serves as the U.S. Army’s premier musical ambassadors in Europe and Africa, performing more than 200 missions each year across Europe, the Middle East and Africa. The group last performed in Estonia in July 2021.

Diplomatic relations between the United States and the Republic of Estonia were formally established on July 28, 1922.

On Tuesday, April 19, the U.S. Embassy in Tallinn launched its “100 Days to 100 Years” campaign celebrating the 100th anniversary of the establishment of diplomatic relations between the United States and Estonia.

As part of the campaign, the embassy is cooperating with partners across Estonia to mark the jubilee, with plans including the publishing of a book on U.S.-Estonian relations by the University of Tartu, a conference co-hosted by Estonia’s Ministry of Foreign Affairs to take place on June 17, a documentary to be aired on ETV and ETV+ in July, as well as several other musical performances, exhibitions, films and other cultural activities across the country, “from Kuressaare to Narva, and Valga to Tallinn.”

100 highlights of the past century

As part of the celebrations, the U.S. Embassy also launched USandEstonia.ee, a website featuring 100 moments from the first 100 years of the two countries’ relations, including contributions of the Estonian-American diaspora.

“Grouped into diplomatic milestones, security engagements, cultural events, and economic connections, these moments demonstrate the enduring friendship the United States and Estonia have shared over the past century,” the introduction states.