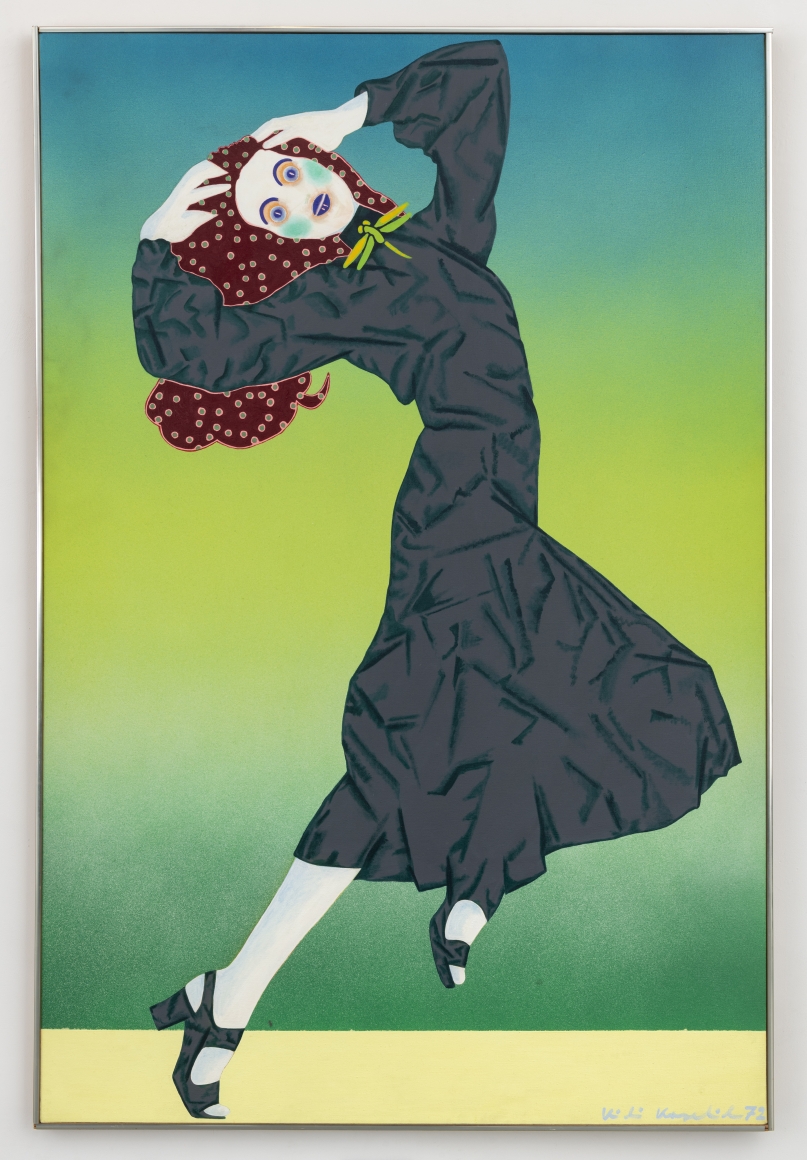 Dorika, North Kivu, Democratic Republic of Congo © Finbarr O’Reilly for Fondation Carmignac / ICC
A survivor of rape in conflict, Dorika, now 18, makes and sells clothes for a living. She plans to save enough money to buy her own small plot of land to build a home for herself and her daughter.

1. “Life After Conflict: Stories as Told to ICC Outreach by Survivors of the World’s Worst Crimes” at the United Nations, New York

The series “Life After Conflict” shares some of the stories witnessed by outreach staff of the International Criminal Court (ICC) and documented through the lenses of photographers Rena Effendi, Pete Muller, and Finbarr O’Reilly. The exhibition spans five countries—the Central African Republic, the Republic of Côte d’Ivoire, the Democratic Republic of Congo, the Republic of Georgia, and the Republic of Uganda. Among the common threads and themes are home and land, what is lost when one is displaced by conflict, family and connection, and leadership and support.

2. “Paul Maheke: A Fire Circle for a Public Hearing” at the High Line, New York

French sculptor, performance, installation, and video artist Paul Maheke presents A fire circle for a public hearing, a performance about the formation of history, memory, and identity, in the U.S. for the first time. Performers Morgan “Emme” Bryant, Lucy Hollier, and Rafaelle Kennibol-Cox will channel various identities in the politically engaged work, which considers the body’s ability to act as a personal and historical archive.

3. “Dance for a Memorial” at AIDS Memorial Park, New York

At the beginning of Pride Month, the New York City AIDS Memorial unveiled Steven Evans’s Songs of a Memorial (through September 6), adorning the permanent monument with 12 text-based, polychromatic, LED sculptures. To celebrate the close of the month-long celebration, DJ Lady Bunny and DJ Lina Bradford will lead a silent disco at the site—just leave an ID or a credit card for a free set of headphones.

Fred Wilson presents his first-ever large-scale public sculpture, a 10-foot-tall fence installation featuring decorative ironwork and statues of African figures. A project with More Art and the Downtown Brooklyn and Dumbo Art Fund with New York City’s Art in the Parks program, the gates in the piece reference both the incarceration of Black men and immigrant detainees, as well as wealthy gated communities. It’s a reflection on barriers and separation in society, both physical and psychological.

Derrick Adams looks to bring Black joy to the heart of Midtown Manhattan with his new Art Production Fund public installation Funtime Unicorns, featuring interactive black unicorn sculptures-cum-playground toys. The figure of the black unicorn first appeared in Adams’s “Floater” painting series, of portraits of Black people resting on pool floats that the artist later fabricated as actual inflatables. Now, kids will be able to play on a coiled spring playground rocker version of the colorful figure, for a project that pushes back against the narrative that Black art needs to foreground pain and suffering, rather than joy and play.

This is the last week to catch British artist Georgia Dymock’s solo exhibition at JD Malat Gallery’s New York location. Dymock plays with the notions of femininity and identity, where her work is influenced by her study of anthropology. There are 10 new paintings in her signature style, with curvy, joyous figures partaking in everyday activities.

It seems like artist spouses have always been drawn to Long Island’s East End, from Elaine and Willem de Kooning and Jackson Pollock and Lee Krasner to contemporary power couple Eric Fischl and April Gornik. The latest husband and wife duo to make waves on the North Fork are Eddie Martinez and Sam Moyer, the subject of a joint outing at Amalia Dayan and Adam Lindemann’s non-profit space South Etna Montauk Foundation. Featured works include stone paintings and concrete backgammon boards by Moyer as well as new paper-pulp paintings Martinez made during a recent residency at Dieu-Donné in Brooklyn. The show coincides with the artists’ taking over the annual “Sculpture in the Garden” exhibition at the Landcraft Garden Foundation in Mattituck, New York (through October 29).

Mitchell-Innes and Nash’s second solo presentation of Kiki Kogelnik comes on the heels of the artist’s posthumous inclusion in the current Venice Biennale. It features 10 of her graphic, boldly colorful paintings and 21 works on paper, dating from 1962 to 1985. Kogelnik’s depictions of women seemingly in search of personal determination were inspired by her own struggles as a woman artist, such as when she and her fiance, artist Arnulf Rainer, moved in together and she was relegated to the attic, while he got a whole floor as a studio.

A quartet of women artist from Ukraine are among those featured in this group show inspired by photographs of generations of women fleeing the country, and of the destruction of the landscape, following the Russian invasion in February. Each artist presents nature as a source of strength for women as they look to move forward in this time of crisis, drawing on rituals and healing practices. Works on view include Dakini, a video by Ukrainian artist Zinaïda, filmed in a remote Ukrainian village and celebrating the role of women in the regions cultural traditions.

Nude men become larger than life landscapes in Alexandra Rubinstein’s oil-on-canvas paintings. It’s easy to miss the sexual imagery at a quick glance, but those are six-pack abs and a flaccid penis, not desert dunes; firm butt cheeks, not rounded hills, with waterfalls cascading down muscular backs. It’s a natural progression from the artist’s 2019 series “Dick Diaries,” which featured person-sized male genitalia working at laptops, lying on the couch, and in other everyday situations. But the meaning is darker this time around, inspired by the impending climate crisis, which Rubinstein view as a consequence of cis male complacency and inaction.

11. “Ashes Denote That Fire Was” at the Fortnight Institute, New York

Fire speaks to the primordial part of the human experience, and comes to us with tales of magic and trickery—most famously as the Greek god Prometheus’s defiant gift to humanity. This intimate group show at Fortnight Institute brings together works by 12 contemporary artists who in some way allude to the element’s enduring lure—from the fiery passions of love to the quest for survival in the wilderness of our times. The exhibition title references a poem by Emily Dickinson, and the works on view do often possess the hauntingly unsaid qualities of verse. Krystel Cárdenas’s beeswax sculpture Reliquary Box, Pendant, and Candles conjures up visions of cloistered prayer, while the softness of the materials, one realizes, would quickly dissolve near the heat of a flame. Meanwhile, Lizette Hernandez’s ceramic works themselves have been hardened into enduring shapes through exposure to the element. The aura of the exhibition is sacrosanct and ancient and enduring and the works on view offer a moment of respite and contemplation amid the tumult of the news cycle.