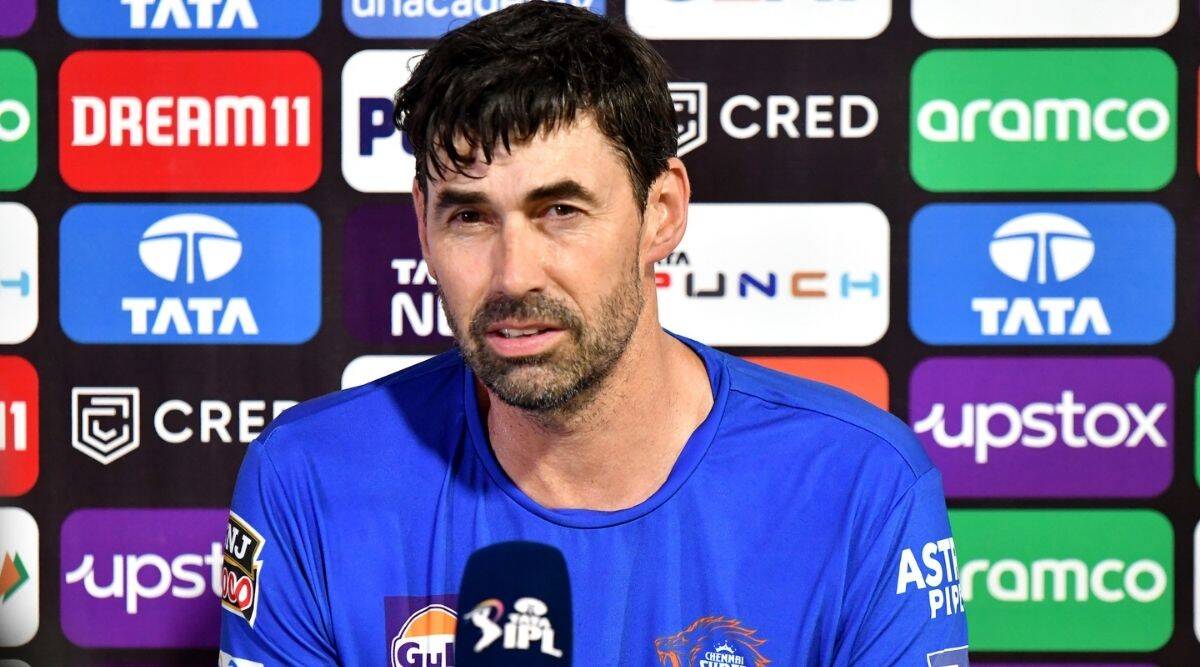 Chennai Super Kings head coach Stephen Fleming termed the absence of DRS at the start of their innings as “unlucky”, saying it led to a chain of events that didn’t go in their favour in the IPL match against Mumbai Indians at Wankhede stadium.

The absence of Decision Review System (DRS) due to a short-circuit at the Wankhede Stadium for 10 balls during the start of the innings cost CSK dearly as they became victim of dubious on-field umpiring calls.

While CSK opener Devon Conway failed to get his LBW decision overturned after replays suggested that the Daniel Sams’ delivery would have missed the leg-stump by a distance, Robin Uthappa too got out LBW to Jasprit Bumrah in the next over, in what looked like a 50-50 call.

“It was a little bit unlucky that it happened at that time,” Fleming said about the absence of DRS at the post-match press conference.

CSK lost Devon Conway lbw for a golden duck in the very first over. But Conway was unable to review what looked like a tight call at best with the ball angled in and hitting Conway in front of leg stump. (Twitter)

“We were a little disappointed, but that’s still part of the game, isn’t it? It sort of set off a chain of events that were not in our favour, but we should be better than that. It certainly wasn’t a great start.” The five-wicket loss to MI on Thursday ended CSK’s IPL campaign this year with two matches remaining.

Although disappointed, Fleming now wants to look at the positives.

“There were really some positive signs. The new ball bowling of Mukesh (Chaudhary) and Simarjeet (Singh) was outstanding. We have been developing Mukesh all throughout the season so it’s good for him to be confident of bowling a spell like that.

“They have made some gains so that’s a positive with Deepak Chahar coming back into the side, we have some good new ball options. We are really positive about the pairing going forward,” he said.

“We haven’t been as good as we need to be, we are trying to find some pieces as we move forward.” Out of the play-off race, CSK will now test their bench strength in the remaining games.

“Now that we are out of the competition, we have got the opportunity to play some other guys in the last 2 games and hopefully find something there as well,” the coach said.

“We will finish looking for positives and opportunities for next season. We are not going to turn too much over but we do need to improve in some areas.” MI bowling coach Shane Bond hailed his bowlers’ comeback in the last few games.

He was particularly effusive in his praise for Bumrah and Sams.

“As a bowling unit we got better in the last 4-5 games, we have been aggressive with the way we bowled.

“Bums has bowled consistently well all season. He is such a consistent performer but often doesn’t get the wickets he deserves. I am pleased with the way he has bowled throughout the season,” Bond said.

Bond, however, was a bit disappointed with Sams’ batting efforts.

“Daniel Sams hasn’t shown the talent he has with the bat. We spoke about putting him up the order but unfortunately, he hasn’t grabbed that opportunity. It’s a move that didn’t pay off.

“He would admit that he was disappointed with his performance early in the tournament but he has worked really hard to a comeback with the ball. He has got better and better with the ball,” he said.