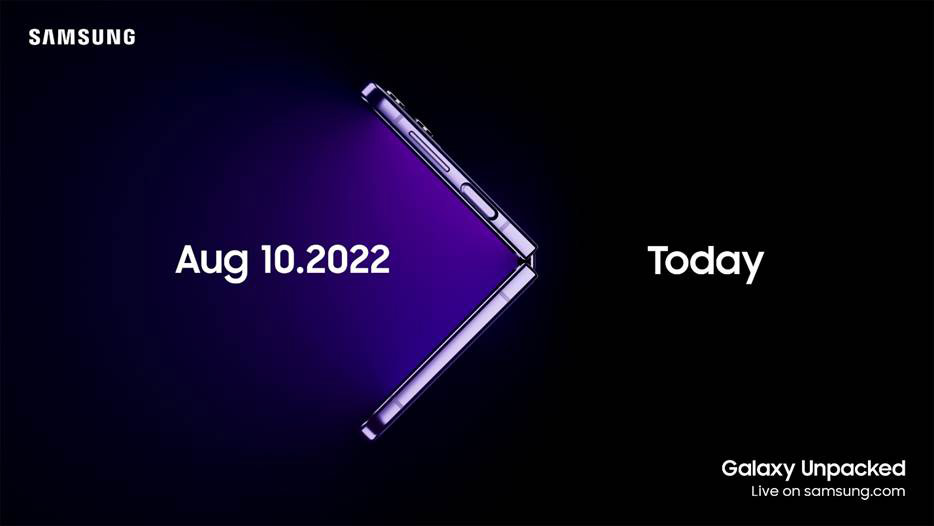 It looks like the reveal of Samsung’s Galaxy Fold 4 and Flip 4 are just around the corner.

After weeks of rumours and, most recently, a very real-looking leak from Evan Blass and a tease from Samsung, we finally have confirmation from Samsung regarding the tech giant’s upcoming August 10th keynote. The event’s teaser image hints that it will be focused on its upcoming foldable smartphones, just like the stream of recent rumours suggest.

The South Korean tech giant’s next ‘Unpacked’ event is set to stream at 9am ET/6am PT via Samsung’s website and its YouTube channel.

At the event, Samsung is expected to reveal its Galaxy Z Fold 4  and Z Flip 4, alongside the Galaxy Watch 5/Galaxy Watch 5 Pro and Galaxy Buds Pro 2 wireless earbuds.

According to rumours, Samsung’s Galaxy Fold 4 will be available in ‘Phantom Black,’ ‘Green’ and ‘Beige,’ while the Galaxy Flip 4 will release in ‘Graphite,’ ‘Bora Purple,’ ‘Pink Gold’ and ‘Blue.’ Both devices will release on August 26th.

Make sure to check out all of our coverage surrounding Samsung’s foldable Unpacked event on August 10th.