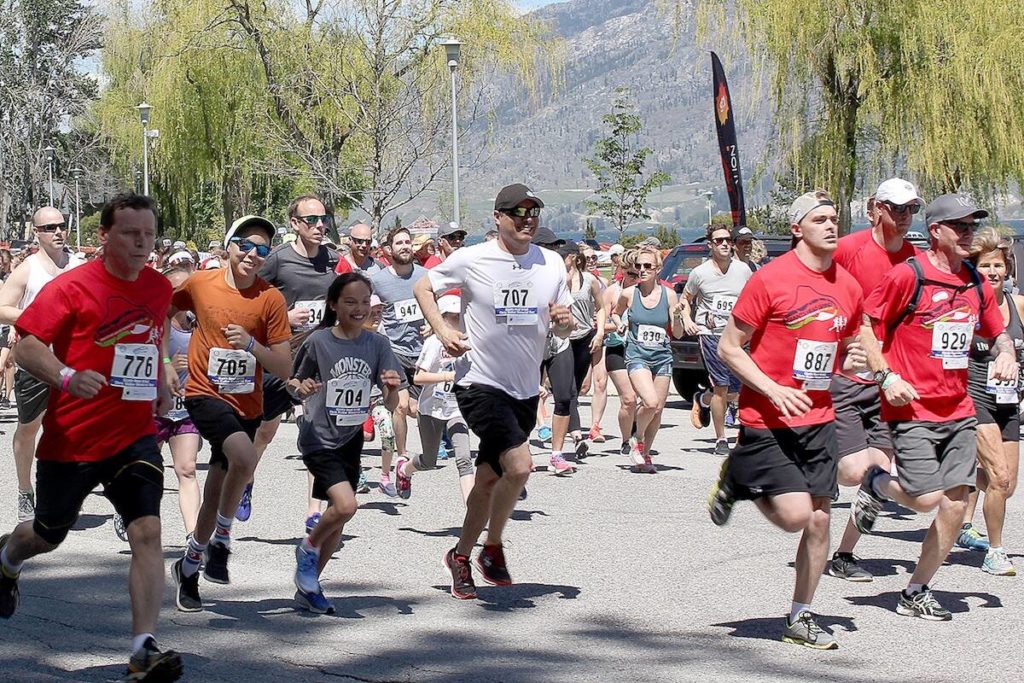 The Giants Head Grind — Christopher Walker Memorial Race is returning to Summerland in May. However this year the fundraising event will be smaller than in the past.

The event is an uphill race from the shore of Okanagan Lake at Peach Orchard Beach up to the summit of Giant’s Head Mountain. The course is 5.6 kilometres, with an elevation gain of 500 metres.

The event was first held in 2014 and continued annually until 2019. Because of the COVID-19 pandemic, the 2020 event was cancelled and the 2021 race was held as a virtual race rather than a traditional contest.

This year it will be limited to 100 participants for the in-person event. Within a day after registration opened on April 13, the event had almost filled.

Aside from the start of the race at the beach, all other events including breakfast, yoga, barbecue and awards ceremony will be held at the Summerland Waterfront Resort.

“We appreciate that some people are concerned about large groups, and with the rise in the latest variants we want to ensure that everyone is feeling as comfortable as possible. We are also aware that many of our volunteers are also stretched for time as the world begins to reopen,” said Ellen Walker-Matthews, organizer of the event.

In addition to the in-person race, a supporter race package is also available this year. This event is open to an unlimited number of people. Similar to the 2021 event, the supporter package allows participants to run the race on their own, either in Summerland or at another location.

“We’re excited that it’s going to continue in a slightly different form this year,” Walker-Matthews said. “For 2023, it will be very nice to do a full event.”

The grind began in 2014, in memory of Walker-Matthews’s son Chris Walker, who died from colorectal cancer in 2013. The event raised money for colorectal cancer research and to improving the trails in Giant’s Head Park in Summerland.

To report a typo, email:
news@summerlandreview.com.