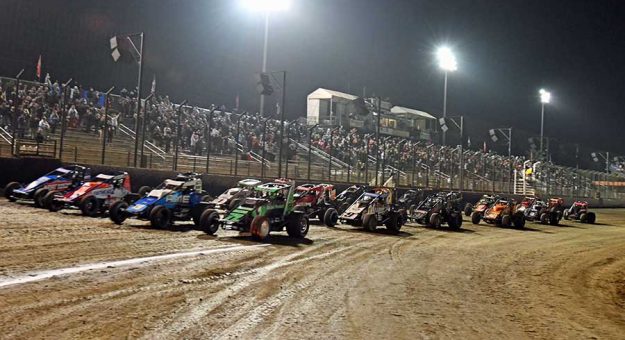 TULARE, Calif. — With an impending forecast of rain during the weekend, USAC, along with officials from Thunderbowl Raceway in Tulare and Keller Auto Speedway in Hanford, have cancelled the weekend’s scheduled events.

Tulare’s Thunderbowl was scheduled to host fourth point race for the AMSOIL USAC/CRA Sprint Car Series, and the season openers for the USAC Western States and BRCA Midgets. The winged Western RaceSaver 305 Sprint Cars were also on the card. Keller Auto Speedway was slated to host the same classes on March 5.

The AMSOIL USAC/CRA Sprint Cars will be back in action on March 26 at Perris (Calif.) Auto Speedway for the “So Cal Showdown” with the NOS Energy Drink World of Outlaws Sprint Cars, PAS Young Gun Sprint Cars, and PAS Senior Sprint Cars.

The USAC Western States Midgets will open their season, along with BCRA, at Placerville Speedway’s “Spring Fever Frenzy” on March 26. The winged Sprint Car Challenge Tour will also be featured that night.

USAC officials are looking into options for rescheduling the events.