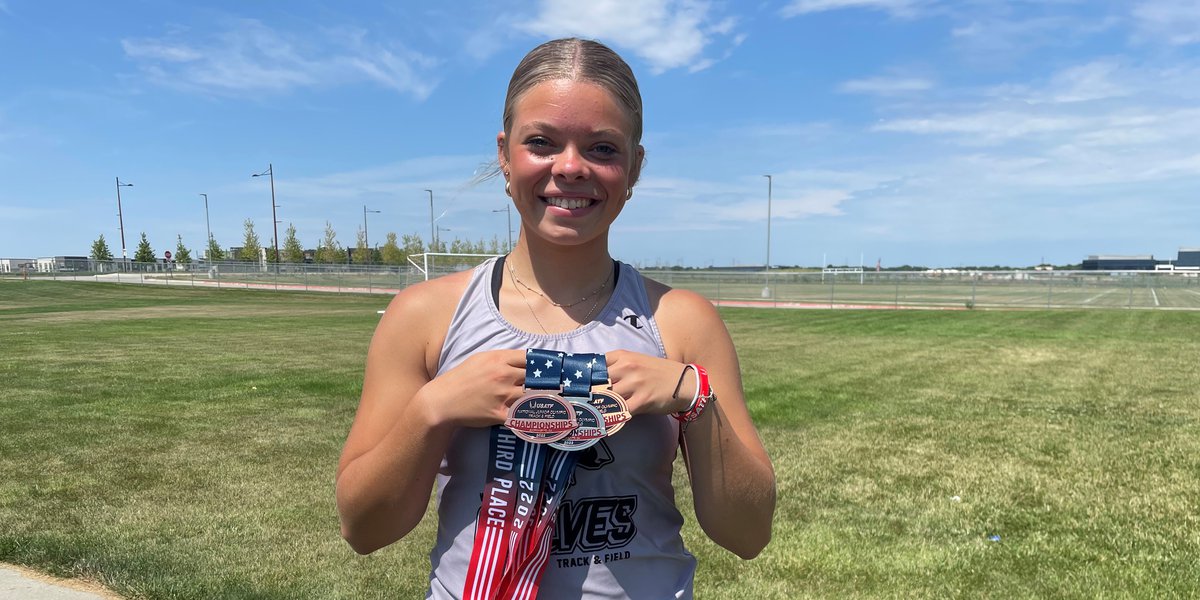 OMAHA, Neb. (WOWT) – Millard North junior Kat Beachler is one of the most well-rounded throwers in the country. The three-time All-American placed second in javelin at the USATF Junior Olympic Championships in July in Sacramento, CA along with placing third in shot put, fifth in discus, and 11th in the hammer throw.

Two of those event not sound familiar? Here’s how Beachler describes them:

”Hammer is like a metal ball on a chain and you just spin with it and throw it. And javelin is basically a long spear that you throw,” said Beachler.

Following first place finishes in shot put and discus in Class A this past season, Beachler moved onto her summer track and field season with the West Omaha Wolves Track Club where she’s able to compete in hammer and javelin.

”They’re so different. It’s like practicing a different sport. So for my practices each week it’s so hard to get multiple practices of the same event in because they’re all so different,” said Beachler.

”Everyone looks at it like throwing is throwing. It’s like doing basketball, volleyball, football. Pick four events and that’s pretty much what she’s doing in the summer time,” said Millard North’s throwing coach Lisa Charles.

Besides competing in four throwing events, Beachler stands out in another way. In the throwing world, Bleacher is considered undersized.

“You look at Kat, she’s like a buck fifty and 5′5. So you can’t compare a 5′5 athlete to a 6-foot-tall thrower. You can’t. So the fact that she’s doing this as a very small, petite thrower is what makes it so incredible,” said Charles.

Having wrapped up her summer track season, Beachler is turning to her offseason training routine.

”During the winter it’s more lifting which is what I’m starting to do right now. But it’s hard to do that over the summer when you’re practicing your events, but a lot of it is just drills and then getting the throws in during the week,” said Beachler. 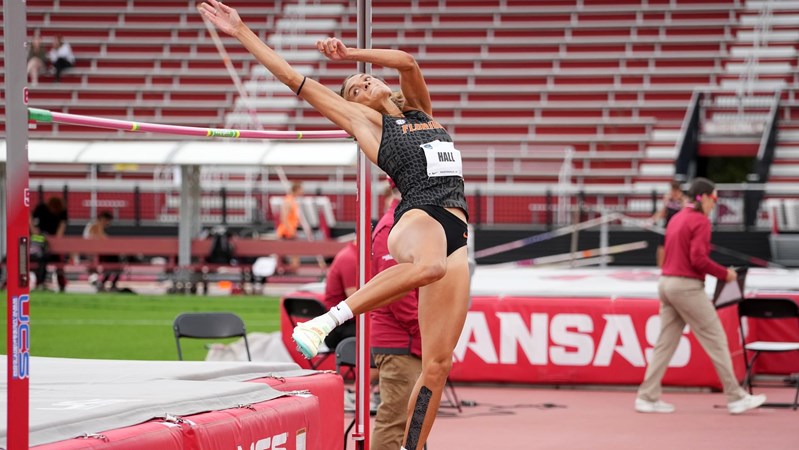 FAYETTEVILLE, Ark. – Florida heptathlete Anna Hall put up a pair of personal bests in the 100-meter hurdles (13.21) and the 200 meters (23.14) to take the lead through four events at the USATF Combined Events Championships on Friday evening.

Hall got things started on Friday afternoon by laying down a big-time personal best of 13.21 (+1.8) in the 100-meter hurdles.

Her mark moves her into No. 9 all-time in Florida history in the 100-meter hurdles.

Hall kicked it into high gear to close out Friday’s action, running 23.14 in the 200 meters to take first, score 1065 points and move all the way into the lead after the conclusion of four events.

Hall’s outstanding performances in the hurdles and 200 meters ensured a first-day lead against the rest of the field.

She returns to action tomorrow to close out the competition with the Long Jump and the Javelin before ending with one of her premier events, the 800 meters.

Hall needs to finish in the Top 3, or in fourth with Kendell Williams in the top 3, to secure her spot on Team USA for this summer’s World Championships.

If she makes the American team, Hall will also need to secure the World Championships qualifying standard (6420) during this weekend or at the NCAA Outdoor National Championships.

Action in Fayetteville picks back up at 4:00 p.m. EST with the Long Jump and will run through the 800 meters at 6:15 p.m. EST tomorrow evening.

A complete list of results for the Gators is below.