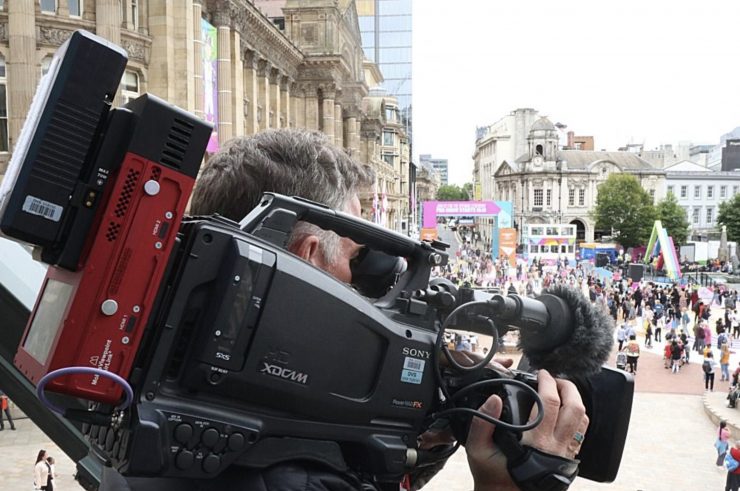 Vislink in conjunction with BT Media and Broadcast, and the BBC, has just finished a trial where a standalone 5G private network was being used to help broadcast coverage of the 2022 Commonwealth Games in Birmingham.

Essentially instead of using a readily available 5G network which can be flooded by other users and therefore speeds and reliability of transferring live data or pre-recorded pictures can be compromised, a private 5G network allows broadcasters to send live pictures with low latency without having to worry about the speeds suddenly decreasing.

This represents the first time this type of technology has been deployed anywhere in Europe for an event on this scale. Vislink was providing its low latency mobile video connectivity technology for use during the trial.

The Vislink Mobile Viewpoint UltraLink-Air 5G cellular encoders enable wireless camera connectivity, so that camera operators can roam freely within the network area during an event, as opposed to relying on broadcast cameras that connect to the outside broadcast solely using radio (RF) signals that rely on proprietary equipment. Yes, this is no different from how systems such as AVIWEST, LiveU, Dejero, etc. work, but they all rely on using publically available 3G/4G/5G netwoks.

While a 5G private network probably works very well, it would be interesting to know just how expensive it would be to use and what type of range it has. I would imagine there would be quite a bit of equipment needed to set up and create a private 5G network.


Matthew Allard is a multi-award-winning, ACS accredited freelance Director of Photography with 30 years’ experience working in more than 50 countries around the world.

He is the Editor of Newsshooter.com and has been writing on the site since 2010.

Matthew has won 43 ACS Awards, including four prestigious Golden Tripods. In 2016 he won the Award for Best Cinematography at the 21st Asian Television Awards.

Matthew is available to hire as a DP in Japan or for work anywhere else in the world.