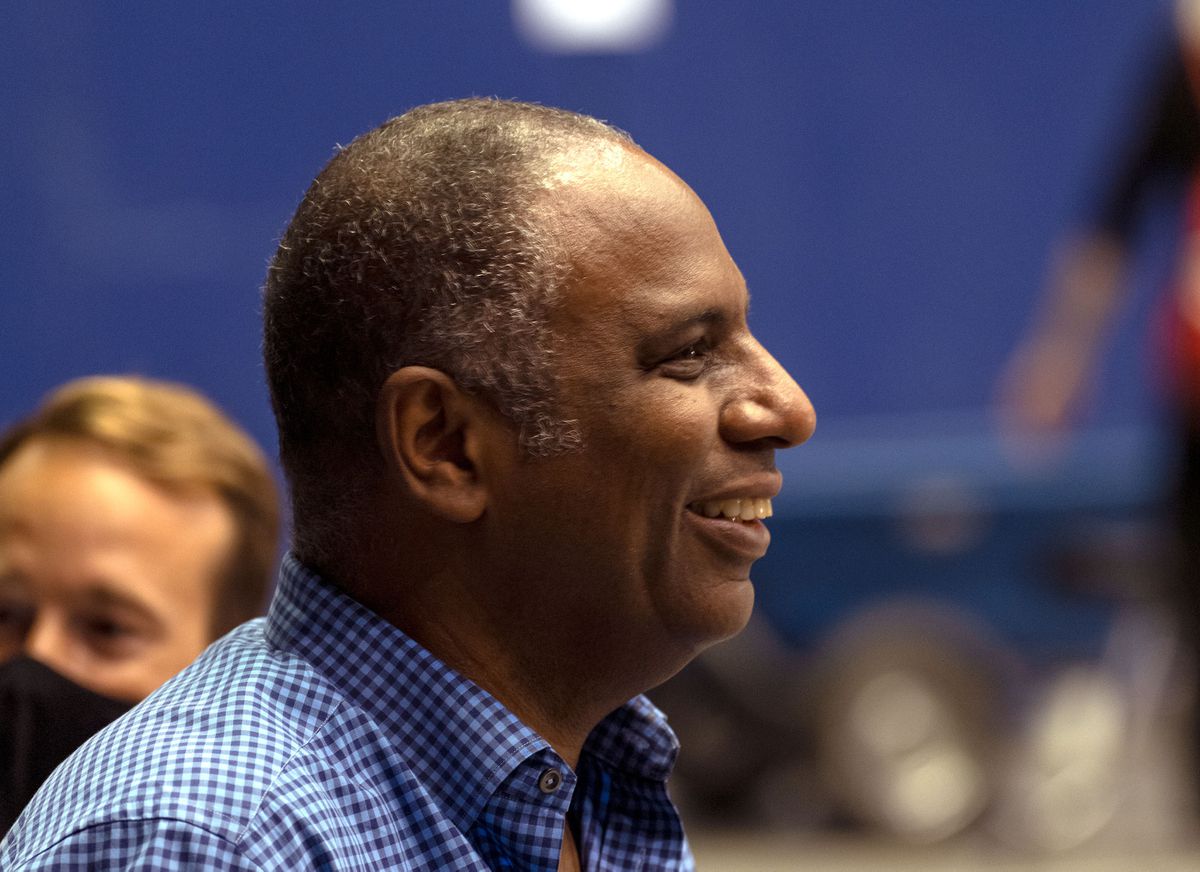 During a March snowstorm in 1914, a vaudeville troupe stranded in New York’s Penn Station spent the night entertaining itself. What might such a scene have looked like?

With dramatic lighting and vintage costumes, the Canadian artist Stan Douglas conjured up the acrobats and musicians for a photographic series devoted to key moments in the life of the famed Beaux Arts building before it was demolished in 1963. Penn Station’s Half Century features elaborate set pieces that were shot at Vancouver’s Agrodome early in the pandemic and then laid over computer-generated recreations of the lost station’s grandiose waiting room.

The images were commissioned as murals for the new Moynihan Train Hall, which opened at the current Penn Station in December 2020, but the whole series can now also been seen in Canada. Montreal’s PHI Foundation for Contemporary Art ordered exhibition prints of the giant photographs as part of a show devoted to Douglas’s work that includes Penn Station’s Half Century and the 2012 photo series Disco Angola. Consider it something of an appetizer for Douglas’s next big assignment: He will be unveiling new work, inspired by political events of 2011, at the Canada Pavilion at the Venice Biennale in April.

Douglas’s photography devoted to past events is usually displayed without any history lessons taped to the wall and often raises an immediate question about context. Does the viewer in Montreal or New York need to know about vaudevillian Bert Williams and his stranded performers or – to name two other scenes featuring folk celebrities arriving at Penn Station – the Black union organizer Angelo Herndon or the Brooklyn armed robber Celia Cooney?

“That’s always a question with my work. People say: ‘You have all this backstory, how can we be expected to know that?’ I don’t expect it at all,” Douglas said in a recent interview. “People who do know that will have a different experience of the work, but there should be something in the pictorial experience that should give you a clue as to what’s going on. So, it’s not a requirement to know that stuff, but it does make it a more rich experience.”

Knowing all the historic detail may enrich the experience but it shouldn’t suggest to the viewer that these works are simply records of events, moments in the life of a train station or, in the case of Disco Angola, the unlikely juxtaposition of the Angolan civil war that erupted in 1975 with the simultaneous rise of disco in New York. Instead, the scenes play with storytelling, relying on the unconscious education in image-making that we have all received through media to conjure up scenes that are as much about their own creation as their content – hence the Montreal show’s title, Revealing Narratives.

The Penn Station scenes, for example, are visibly stagy, with chiaroscuro lighting and expressive postures. In the most meta moment of the series, Douglas recreates Hollywood recreating the station for the 1945 Judy Garland movie The Clock. The Disco Angola series, imagined as the work of a fictional photojournalist who intersperses his trips to the war zone with nights at dance clubs, might let the viewer consider the way both conflict and entertainment are presented for the camera.

“If we are informed by our knowledge of the language of film and television we will understand these works,” said Cheryl Sim, the PHI curator who organized the show and compares Douglas and his photographs with the great history painters of old. “They have that grandiose and gravitas. There are so many narratives going on in the frame. … His ability to master composition is central to the work.”

Douglas is interested in history’s secondary plots and bit players – the now forgotten figures such as Cooney, the so-called Bobbed-Hair Bandit who robbed Brooklyn stores at gunpoint.

“One of my key habits or interests is to look at minor histories and to see how minor histories actually reflect a larger condition,” he said. He cites the situation of the vaudevillians trapped in the station – they had to travel to entertain – as a specific example of a more general cultural condition: Before film and TV, all entertainment was live.

Not coincidentally, the African diaspora features in many of these forgotten histories: Williams, a Bahamian-American, broke the colour barrier in vaudeville; Herndon was convicted for “insurrection” after his attempts to organize Black and white workers in Atlanta. And, in the faded spaces of midtown Manhattan’s abandoned hotels, disco emerged from Black and Latino communities as a counterculture dance movement before it ever hit Studio 54.

“I have always depicted Black people but with a very broad sense of what blackness actually is. What is Afro-German? Afro-Cuban, Afro-English, Afro-Canadian, Afro-American? All these kinds of blackness are manifested in different ways,” he said.

Douglas, born in Vancouver to Caribbean immigrants, has a long and subtle relationship with such content. He’s not that impressed with the current rage for Black art.

“There’s a certain homogeneity to the way in which Black bodies are being represented these days. Unfortunately you can’t tell the artist is a person of colour unless it’s a representational image, and this has allowed a lot of regressive art to get a lot visibility. A lot of art that kind of verges on kitsch is being shown because it’s got a Black body or something, even though there are still many interesting Black artists who are doing nonrepresentational work, conceptual work.”

Educated at what was then the Emily Carr College of Art and Design (now University), Douglas has made his career in Vancouver and, despite ever-increasing international attention, still lives there when not teaching at the ArtCenter College of Design in Los Angeles. Part of the fertile school of West Coast photo artists that emerged in the 1980s, and which also includes Jeff Wall and Ken Lum, he finds Vancouver a useful place to work because its busy film-production industry means he can easily source lights, costumes and extras.

But it is not a large enough centre for any practitioner of the visual arts to be parochial or complacent: Douglas, who has shown around the world, will be representing Canada in Venice this spring. He is the first Black artist to be featured in the Canada Pavilion, but this is not his first Biennale; his work has been included in four previous group exhibitions there, most recently in 2019.

The Venice Biennale always encourages big and surprising unveilings, so Douglas is keeping details under his hat, but he does give a broad hint as to the historic events that will feature in the work. This Biennale, he reminds you, was supposed to take place in 2021, a decade after 2011, the year of the Occupy Wall Street and Arab Spring protests. Douglas will be showing a series of photographs in the light-filled Canada Pavilion at the Biennale’s main Giardini site and screening video work at an off-site location on Giudecca. More revealing narratives are sure to follow.

Stan Douglas: Revealing Narratives continues at the PHI Foundation in Montreal to May 22 and will then tour to the Art Gallery of Nova Scotia in Halifax in June through November. The Venice Biennale runs from April 23 to Nov. 27.