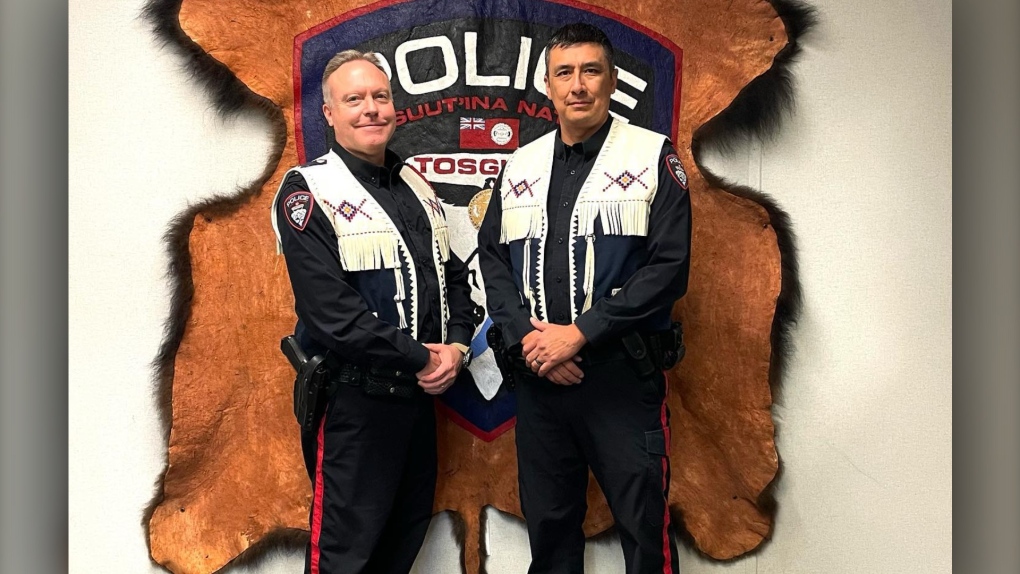 Male members of the Tosguna Tsuut’ina Nation Police Service will wear a locally-designed ceremonial vest at all upcoming community events on the Nation including funerals.


The vests, designed my community member Deanna Starlight and her daughters, were unveiled in an April 13 ceremony. Nation elders blessed the garments and provided direction to the police members on the path forward for the service.


The vests’ pattern include two beaded peace pipes in recognition of the role of police as keepers of the peace.


Police officials call the adoption of the vest a “historical moment” for the service, a “sign of respect of honour of relationship we have with Tsuut’ina.”


The vests will not be worn operationally in order to protect the officers during their regular duties.