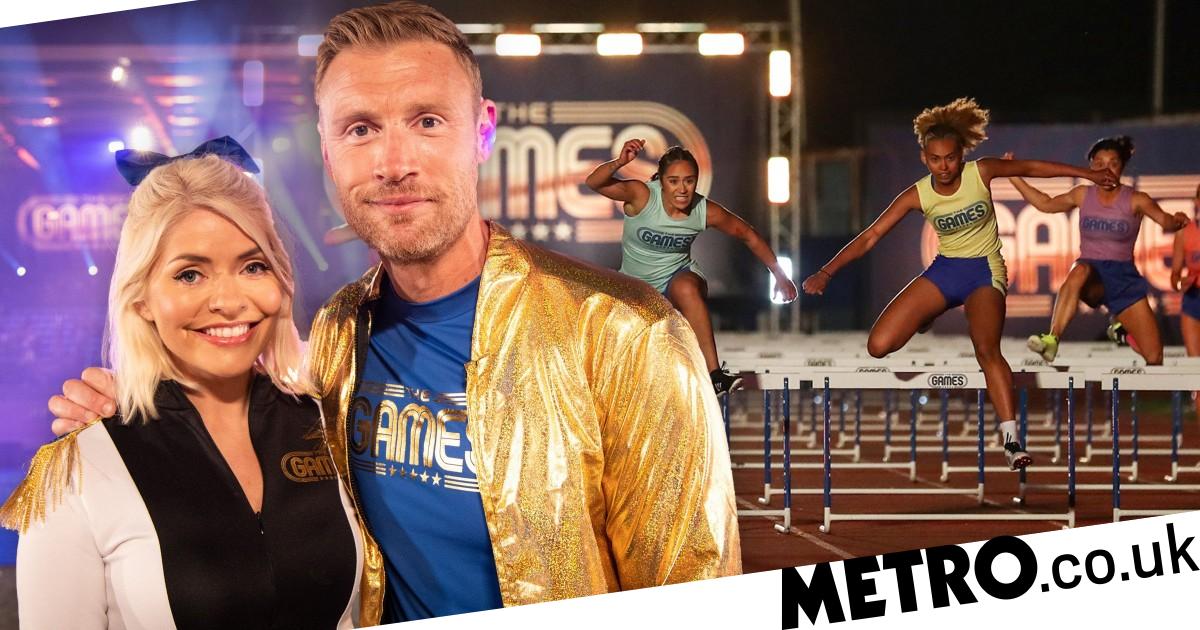 Viewers of The Games were left disappointed after most of the 90-minute long show was taken up with ‘filler’ content.

The sports-themed game show returned to a new slot on ITV after originally airing on Channel from for four series from 2003 until 2006 on Monday night.

Fans of the show had tuned in hoping to see their favourite celebs competing in a host of Olympic events, but were left non-plussed to find most of the show was chat-based and in the studio rather than focusing on the actual sporting events.

The female stars were seen competing in a 100m hurdles event, which was won by Chelcee Grimes, with Phoenix Gulzar-Brown coming a very close second.

The male celebs then competed in a pre-recorded hammer throw event, which was won by Wes Nelson.

All of the contestants were then paired in a mixed-doubles diving competition, with the first of two disciplines being shown on Monday, with the rest to come, before the men competed in a sprint race, which Wes Nelson won with a large gap between him and the others.

While viewers did get to see few events on the first evening, much of the hour and a half show was taken up with chat in the studio and VTs from training rather than the live competition.

Viewers took to Twitter to share: ‘A bit disappointed with #TheGames on @ITV. Lots of hype in the run up and 1 hour in, we’ve only seen the ladies hurdle 100m and the mens hammer throw. Can’t help but think there is a lot more filler here than actual content…’

Others added: ‘Stop the studio chats and it will be half decent’ and ‘Two minutes of action “packed” into a one hour program.’

Another commented: ‘This would be good if we had some actual events to witness. Almost an hour in and 2 events so far? One of them pre-recorded? Yawn.’

The Games continues on Tuesday from 9pm on ITV.

If you’ve got a celebrity story, video or pictures get in touch with the Metro.co.uk entertainment team by emailing us celebtips@metro.co.uk, calling 020 3615 2145 or by visiting our Submit Stuff page – we’d love to hear from you.


MORE : The Games: Mel B anxiously cheers on daughter Phoenix in tight race with Chelcee Grimes