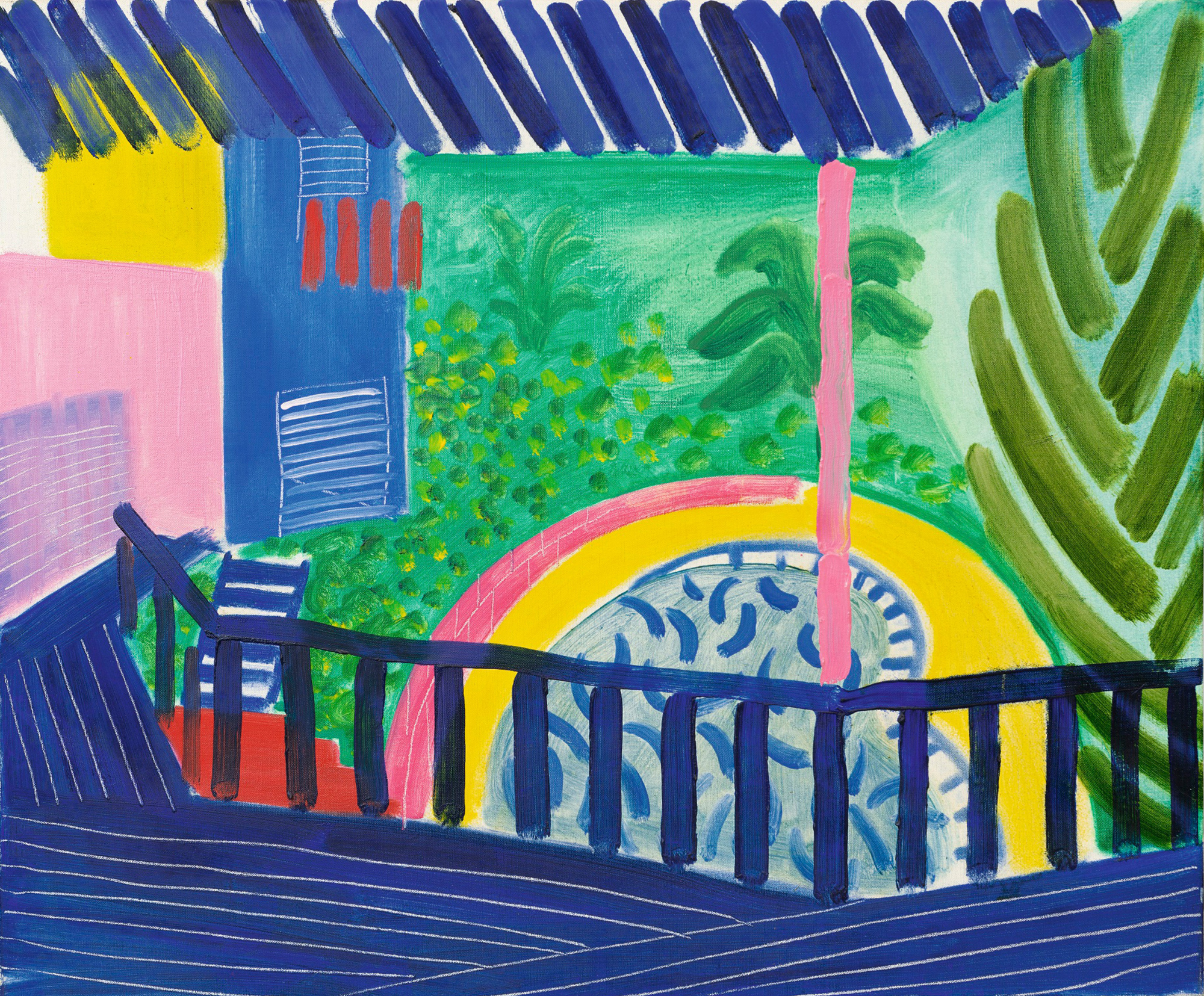 1.”Everything Slackens in a Wreck” at Ford Foundation Gallery, New York

The Ford Foundation, perhaps one of New York City’s longest-shuttered cultural spaces, re-emerges post-lockdown with a four-artist show—featuring Margaret Chen, Andrea Chung, Wendy Nanan, and Kelly Sinnapah Mary—curated by Trinidadian scholar, author, and artist Andil Gosine and inspired by the diasporan experience. Chung has built a site-specific community bird nest from sugar cane scraps collected in Trinidad, while Mary’s contribution includes 20 papier mâché sculptures from her series “Notebook of No Return,” a large-scale triptych painting, and two portraits of her parents inspired by the Indian ancestry she only learned of as an adult.

Egbert L. Viele, Sanitary and Topological Map of the City and Island of New York (1865). Courtesy of the New York Public Library.

This summer’s Madison Square Park public art installation digs into the physical history of the site, which was once home to Cedar Creek. In memory of this lost body of water, Cristina Iglesias will place five bronze sculptural pools on the park’s Oval Lawn, inviting visitors to imagine the once-flowing waters of this long-forgotten stream—almost as if they were archaeologists investigating New York City’s geological past.

This retrospective of the multi-faceted photographer includes nearly 300 works, ranging from  photographs, paintings, films, and photobooks. Covering his more than 60-year career, it is the first major US show in decades.

The roughly chronological presentation was organised by ICP curator-at-large David Campany, who worked with Klein for more than a decade to unite the diverse strands of his global practice in painting, graphic design, street photography, fashion photography, documentary film, scripted film, and books. “For a long time, Klein was known as either a fashion photographer or a street photographer or a filmmaker, as different audiences knew and valued different aspects of his work,” Campany said. “Only in recent years has the scope of his achievements begun to be recognized.”

4. “One Hundred Years of James Joyce Ulysses” at The Morgan Library & Museum

Calling all Bloomsday celebrants and Joyce fans: “One Hundred Years of James Joyce’s Ulysses” at the historic Morgan Library—one of the historic former homes of industrialist J.P. Morgan—traces the author’s path from poet to Modernist literary genius. The show presents key figures in his career, including artists and writers who responded to his magnum opus, and the family who shaped him.

The show delves into Joyce’s imagination during the creation of the book, as reflected in manuscripts, plans, and proofs. There are contributions from the James Joyce Collection at the University at Buffalo, State University of New York. This presentation also highlights a significant gift to the Morgan by the art dealer Sean Kelly and his wife Mary, who over several decades accumulated one of the foremost Joyce collections in private hands.

Photo courtesy of the Sanitation Museum.

For my money, Photoville is one of New York’s most engaging art events, presenting inspiring displays of images that highlight pressing social and environmental issues and unique stories of communities around the world—as well as just plain beautiful photographs. The artists featured in 60 exhibitions on view in 20 sites across the city range from graduating eighth graders from Santa Maria School in the Bronx to Indigenous artists Dakota Mace and Tahila Mintz. The show’s hub is in Brooklyn Bridge Park, but there are installations as far afield as Floyd Bennett Field in Queens, where there is a presentation by the Jamaica Bay-Rockaway Parks Conservancy and the Sanitation Museum, and Van Cortland Park in the Bronx, featuring work by the Bronx Women’s Photo Collective.

Private Public Gallery, which opened this January in a former synagogue, is giving Howard Schwartzberg his first solo show in 20 years. The artist, who was born in 1965, began developing his own unique approach to painting in the late 1980s, creating sculptural works that reshaped the stretched canvases into shredded strips and other forms. “Rearranging and rethinking the functionality of the painting materials, for example, applying canvas to paint instead of paint to canvas, broadened my interpretation of what a painting can be,” the artist wrote on his website. “Collapse and decay are present in the work, which are glued or sewn back together.”

7. “Around the Table: Stories of the Foods We Love” at the New York Botanical Garden, Bronx

If you’re like me and art and food are two of your great passions, you’ll want to make time this summer for a trek up to the Bronx, where the New York Botanical Garden is celebrating food’s origins in an exhibition celebrating both the art and science of culinary traditions. The show includes tables designed by Bronx artists installed throughout the garden as well as more scientific displays about the environmental and social impacts of our food choices.

This two-part exhibition closed in Palm Beach on May 25, but you can still catch this colorful and stylized ode to contemporary landscape painting curated by Todd Bradway, editor of Landscape Painting Now: From Pop Abstraction to New Romanticism, on the Upper East Side. The featured artists range in age from 35 to 95 (that would be Lois Dodd at the top) and include the likes of David Hockney and the recently deceased Wayne Thiebaud, to Jules de Balincourt and Nicholas Party.

Don’t miss non-binary queer artist Moisés Salazar Tlatenchi’s luminous solo exhibition at Ed. Varie. Tlatenchi creates works that celebrate the beauty of non-binary individuals, and offers a safe space. The bulk of these works were created in Mexico City in a residency created specifically for them by Ed. Varie. The title translates to “Our Oath” and reflects the time the artist spent connecting to their roots as a first generation Mexican from Chicago.

10. “Jen DeNike: Visions of the Daughters” at Signs and Symbols, New York

In preparation for her solo show at Signs and Symbols, Jen DeNike personally mined thousands of quartz crystals from geological crevices in Arkansas that have existed for hundreds of millions of years. The show’s title comes from “Visions of the Daughters of Albion,” a 1793 poem by English writer and artist William Blake, envisioning a future where women enjoy societal and sexual autonomy. The main piece in the show is a video in which women lie in repose, projected onto a crystal-encrusted box, inspired by 13th-century Irish burials.

This exhibition, which opened just ahead of Memorial Day weekend, coincides with Kazuko Miyamoto’s first institutional solo show, “To Perform a Line” at New York’s Japan Society (through July 10). The artist, who was born in 1942, has not been fully recognized for her significant contributions to the Minimalism movement. An alumni of the Art Students League, were she studied under Charles Alston, Miyamoto was the studio assistant and friend of Sol LeWitt, but developed her own brand of abstract geometric paintings, embracing the grid format.

If, like me, you’ve taken up biking as your primary means of transportation in New York, you’ve probably been frustrated by the absurd lack of bike parking, especially outside major cultural institutions. The Met was already head and shoulders above most other museums, with dedicated bike racks in the parking garage, but they are stepping up their game this summer with the return of their seasonal valet bike parking on weekends. The initiative adds 100 spots to the existing parking infrastructure—and means no fumbling with your bike lock.