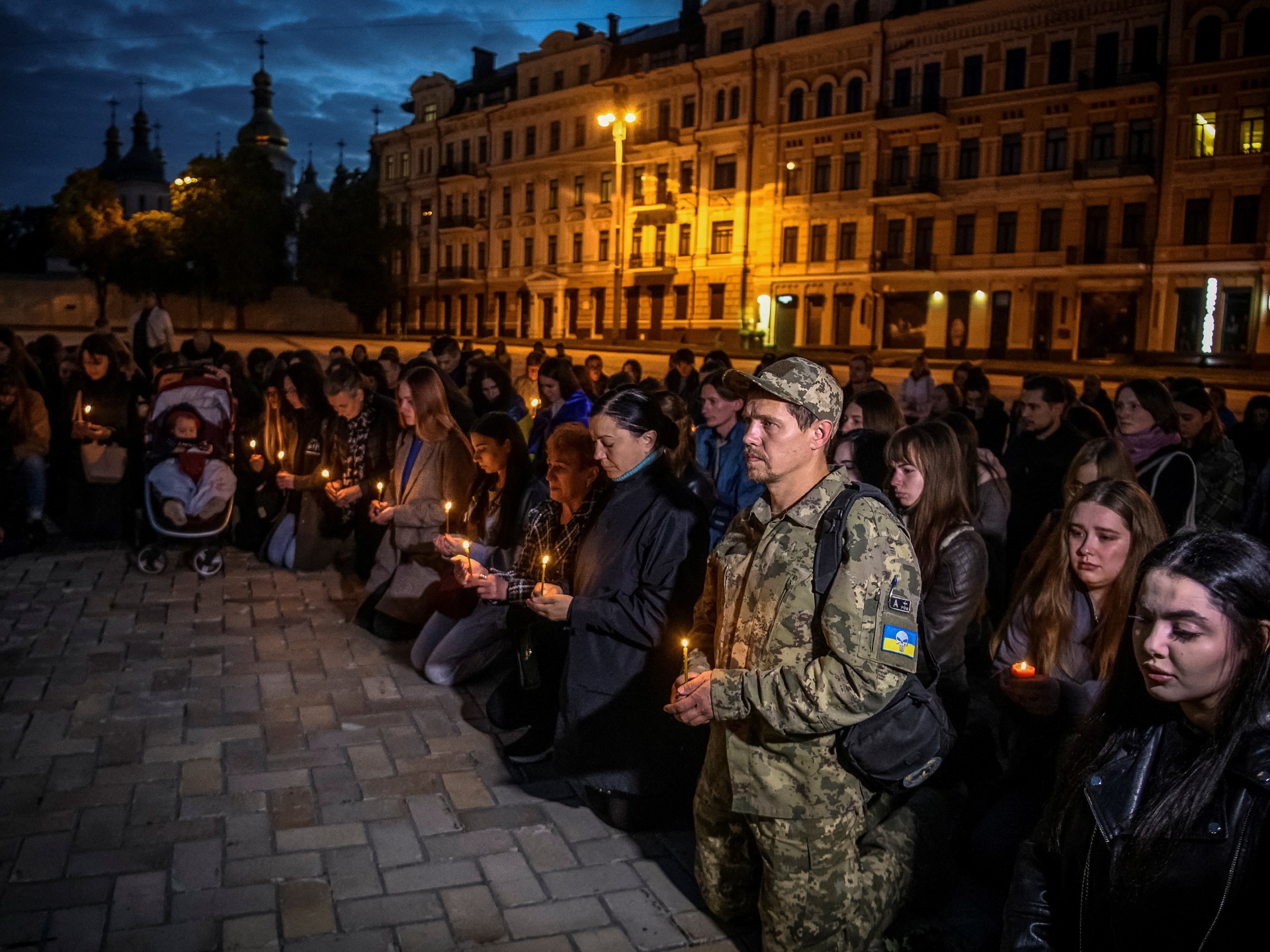 As the Russia-Ukraine war enters its 196th day, we take a look at the main developments.

Here is the situation as it stands on Wednesday, September 7. 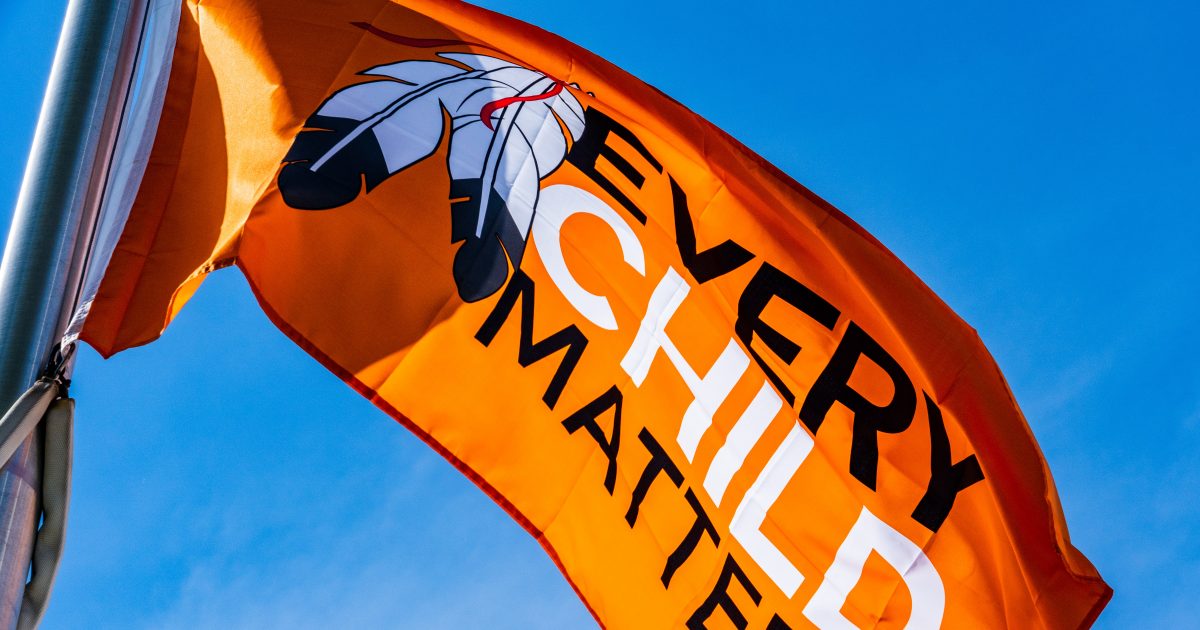 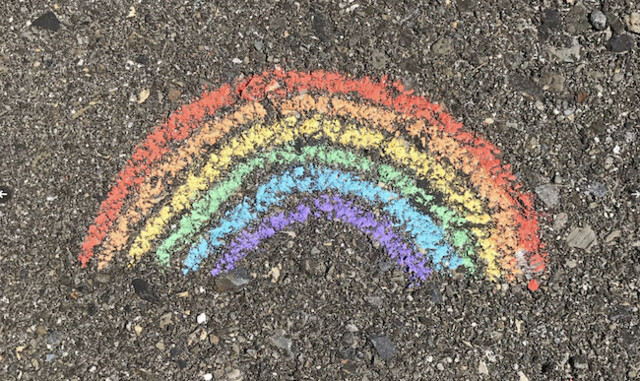 The Museum and Archives of Vernon will a hub of activity during Culture Days starting at the end of September.

“Our goal is to one day have everyone who comes to the museum see themselves represented in the some way,” says Laisha Rosnau, curator of visitor experience. “We can begin by providing meaningful opportunities for the community to connect with their own lived experiences.”

The museum will be participating in the Culture Days launch at Polson Park on Sept. 23 where residents are invited drop by to create a paper “quilt” square representative of their heritage.

The squares will then be connected with others to create a community quilt, symbolizing the value of each individual, each identity, and diverse experiences of heritage in the context of the larger collective.

Over the course of the following three weeks, the museum will be collaborating with various partners and inviting the community to be an active participant in the curation of specific exhibits.

In recognition of 2SLGBTQIA+ History Month in October, with funding from the UBC Okanagan Partnership Recognition and Exploration Fund, the Museum & Archives of Vernon, along with UBC Okanagan Library’s Special Collections and Archives, are seeking community involvement to uncover the rich history of 2SLGBTQIA+ individuals and communities in the North Okanagan.

The museum is currently seeking expressions of interest from potential contributors to help tell this story through objects, documents, photographs and audio/visual materials in their care.

To arrange to loan items to be included in this exhibit, contact Rosnau by email at [email protected] before Sept. 23.

Other events MAV is hosting throughout Culture Days include a workshop on genealogical research, and programming in honour of National Day for Truth and Reconciliation. A full listing of the Museum’s Culture Days events is available online.

Participants are encouraged to register early as there is limited seating for most activities. 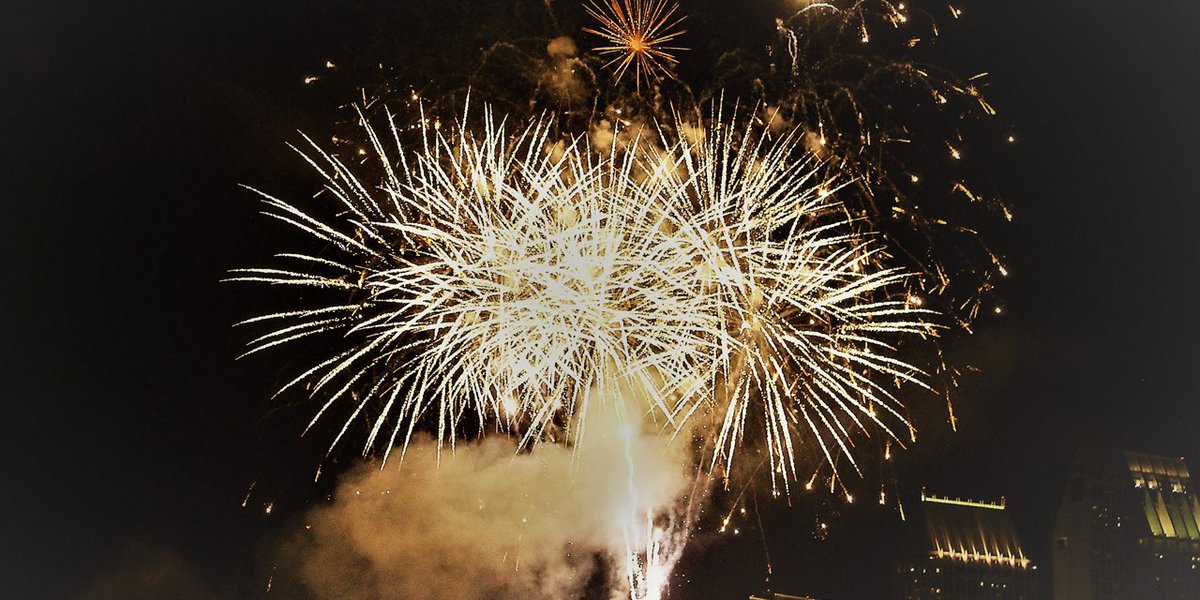 CINCINNATI (WXIX) – Labor Day weekend events are in-the-works for the Queen City as many businesses and communities organize a plethora of things to do for the holiday weekend.

Cincinnati Animal CARE has been at over capacity since April and are looking to find these dogs homes.

The “Name Your Price” adoption event will be held Saturday through Monday from 11 a.m. to 1 p.m. at their pet adoption center in Pleasant Ridge.

The shelter in Northside will be open Sunday from 1 p.m. – 6 p.m. for adoptions as well.

The city of Hamilton is hosting their annual Octoberfest Sept. 2 to Sept. 4 this year at 2361 Hamilton Cleves Rd. The event has been around since 1968 where people can enjoy homemade German foods, listen to live music and play games while drinking Warstiner beer.

Since 1977, Cincinnati has held an annual end-of-summer event with a WEBN firework show, one of the biggest firework shows in the Midwest.

During the day, enjoy an all-day celebration with music, food and various entertainment starting at noon.

Watch the firework show from both sides of the Ohio River at Sawyer Point & Yeatman’s Cove, Mt. Echo Park and Newport on the Levee starting at 9 p.m.

Cincinnati Metro is offering free rides Sept. 3 and Sept 4. for all metro busses and access routes.

West Chester Township is celebrating the end of summer with their annual Labor Day concert at Keehner Park Amphitheater on Sept. 5 at 6:30 p.m.

In the past, over 200 vendors have attended, selling their antique and vintage items.

The event will be held at the Lawrenceburg, Indiana Fairgrounds.

Adult admission is $4, and pets and children are free to attend.

In addition, they will also be hosting a color guard ceremony each day at noon with a special patriotic presentation by UC’s ROTC on Sept. 3.

Admission and parking are free for this event.

See a spelling or grammar error in our story? Please include the title when you click here to report it. 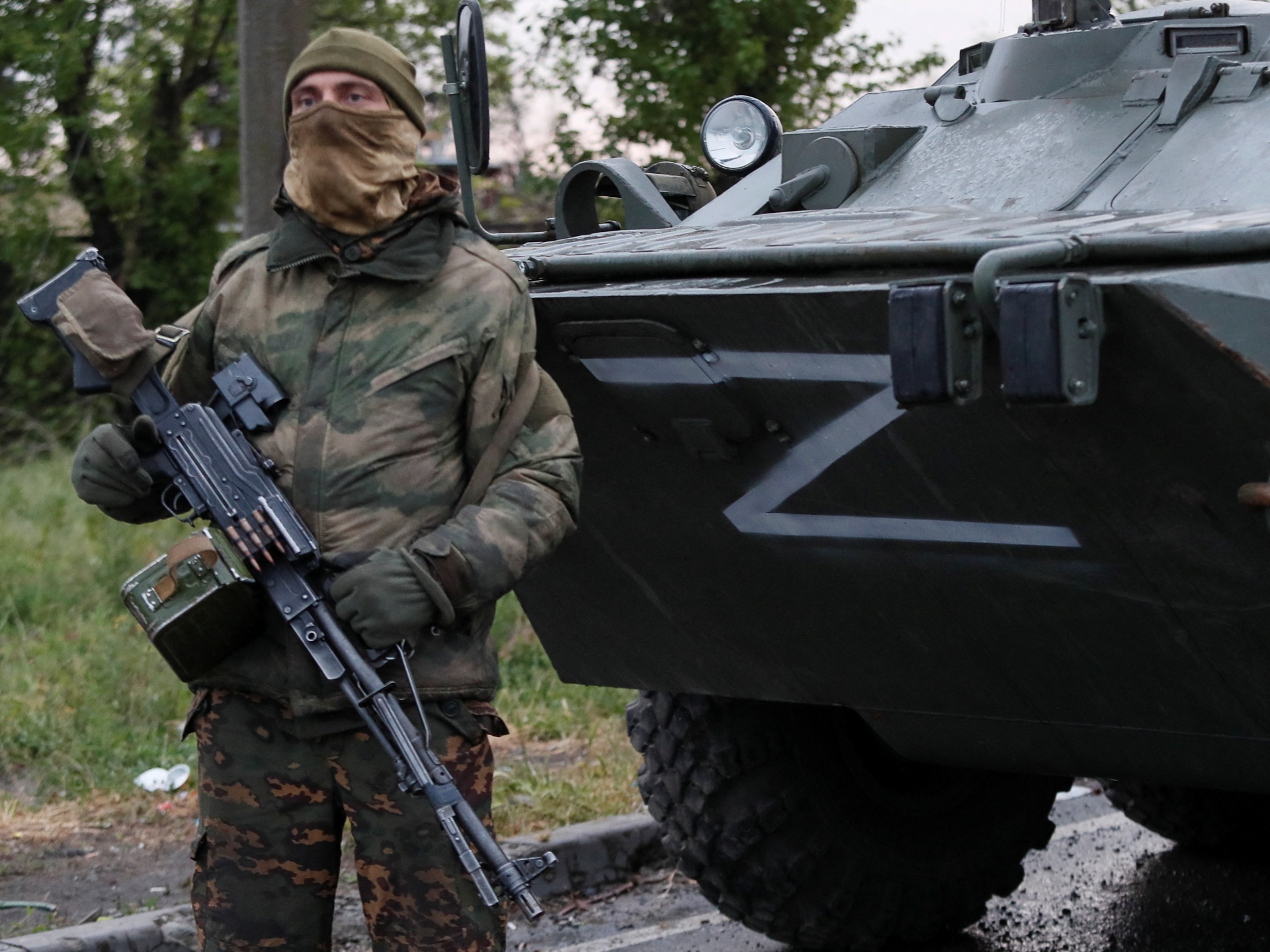 As the Russia-Ukraine war enters its 192nd day, we take a look at the main developments.

Here is the situation as it stands on Friday, September 3.

Get the latest updates here. 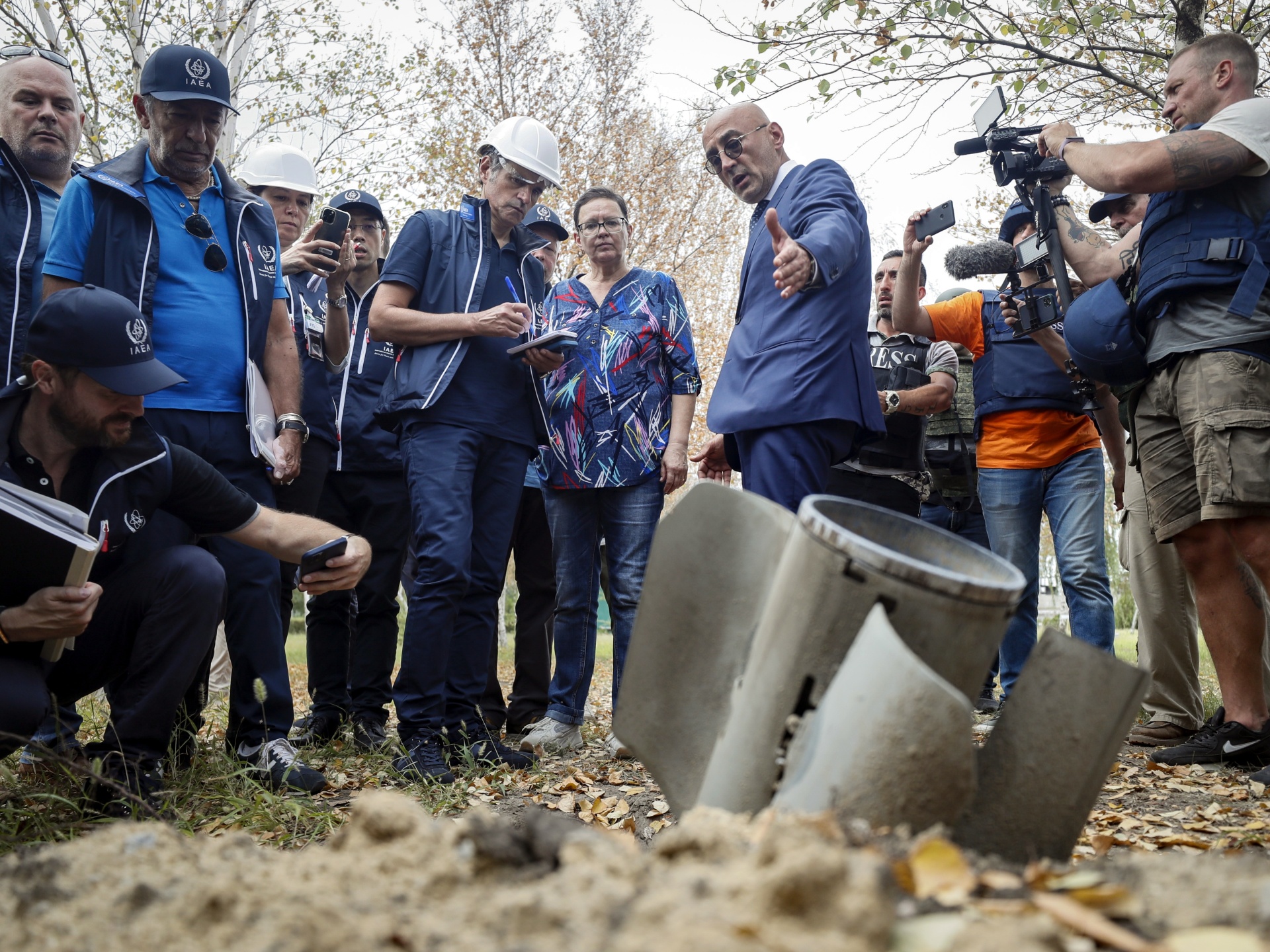 As the Russia-Ukraine war enters its 191st day, we take a look at the main developments.

Here is the situation as it stands on Friday, September 2.

Get the latest updates here.

Dr. Catherine Johnson, associate professor of mining and explosives engineering at Missouri S&T, has been named the Robert H. Quenon Associate Professor of Mining Engineering. She will begin serving in this role Thursday, Sept. 1.

“I am honored to receive this title and to be recognized for my work in the field of mining engineering” says Johnson. “Being a leader in the field has always been my goal. The Quenon award enables me to continue this path while working in new research directions.”

Johnson says the award will fund new students and assist them in reaching their academic and professional goals. The award is named for the late Robert H. Quenon, who was president and board chair of Peabody Holding Co. of St. Louis. It was established to attract experienced mining engineers to Missouri S&T.

Johnson joined the Missouri S&T faculty in 2015. Her research focuses on the advancement of blasting practices and technologies, coal-dust explosion suppression, shock physics and blast-induced traumatic brain injury. The University of Missouri System named her a Presidential Engagement Fellow in 2019, and she received an Outstanding Faculty Research Award from Missouri S&T in 2021. Johnson also received a Dean’s Scholar Award from Missouri S&T’s College of Engineering and Computing in 2021.

About Missouri University of Science and Technology

Missouri University of Science and Technology (Missouri S&T) is a STEM-focused research university of approximately 7,000 students. Part of the four-campus University of Missouri System and located in Rolla, Missouri, Missouri S&T offers 101 degrees in 40 areas of study and is among the nation’s top 10 universities for return on investment, according to Business Insider. S&T also is home to the Kummer Institute, made possible by a $300 million gift from Fred and June Kummer. For more information about Missouri S&T, visit www.mst.edu. 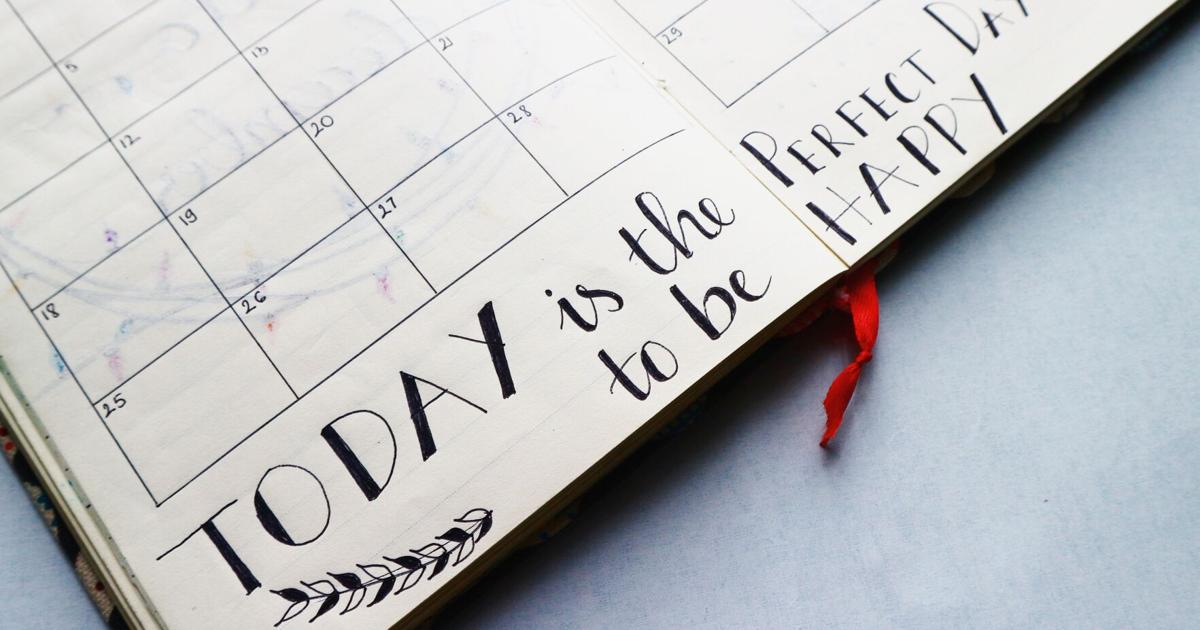 Winnipeggers passed a torch around Central Park for an annual event this weekend, casting a spotlight on the continued importance of human rights.

Manitobans for Human Rights, an organization created eight years ago with the goal of educating Manitobans about the importance of human rights, held their seventh annual Torch of Dignity relay on Sunday.

Zara Kadhim, the logistics coordinator for the organization, said although the event was downsized this year, the hope was to bring the community together.

“Education is the first step,” she told Radio-Canada in an interview, adding that the province still has a long way to go.

Friendly Manitoba is doing a lot better than many places in the world when it comes to human rights, Kadhim said, but issues like homelessness, MMIWG2S and immigrant and refugee struggles are becoming more normalized in the province.

The aim of the relay was to bring awareness to those issues and focus on peoples’ similarities instead of their differences, said Kadhim.

The peer support organization Anxiety Disorders Association of Manitoba, where all staff have lived experience with anxiety, had their own resource booth at the event.

“Mental health is a human right,” said Vienna Code, the public education and communications coordinator for ADAM. “We need to promote it a bit more and understand that all humans deserve the right to mental health services.”

With the pandemic seemingly winding down, Code said more people are having difficulties with addressing their nerves.

“People think they shouldn’t be anxious anymore or have those thoughts,” she said.

Anxiety and mental health concerns are common, she said, and ADAM acts as a stepping stone for people to see what next steps they have to take to address their mental health issues.

Code said it’s important for younger people to have earlier interventions when it comes to mental health issues.

“I think there still continues to be a stigma around mental health and I think that’s the hardest hurdle for people, to step and reach out for help.”

Sarah Parker, executive assistant of the Islamic Social Services Association, said the association took part in the event to encourage people to be open to learning about Islam and Muslims.

“In a way, if they know about Islam and Muslims, then we can fight the stereotypes,” she said.

“We believe that at the heart of human rights is human dignity.”