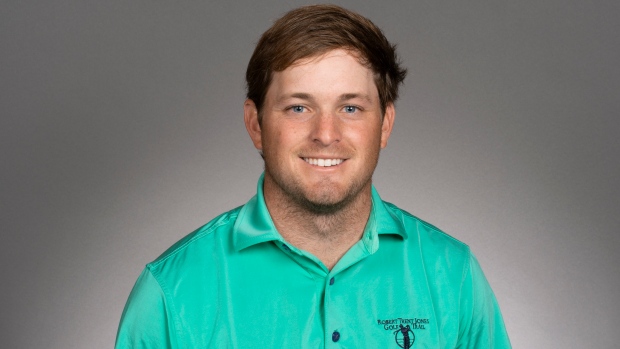 DOTHAN, Alabama—Among the players who finished their first rounds at the PGA TOUR Canada Qualifying Tournament East No. 3, Steven Setterstrom was the star of the day, firing a 6-under 66 in something of a home game at the Robert Trent Jones Golf Trail at Highland Oaks. The former Alabama golfer grew up and continues to live in Mobile, Alabama, 200 miles from where he put together his bogey-free afternoon. Setterstrom holds a one-shot lead over amateur Mark Goetz and Chandler Eaton, with a trio of players two strokes behind.

Play ended for the day at 5:46 due to darkness. Twenty-seven players were unable to complete their first rounds. First-round play will resume Wednesday morning at 6:30.

“It was probably the best ball-striking round I’ve had in a long time. I only had a couple of putts outside 15 feet,” said Setterstrom with a smile. “It could have been lower. I burned the edge a lot, but I’ll take 6-under because my history here has not been very good.

“It was a simple day, really. Very easy,” he continued.

A week ago, Goetz, who is winding up his college career, set a West Virginia scoring record with his 54-hole total of 15-under as the Mountaineer senior won the individual title and helped WVU to the team title at the Lake Las Vegas Intercollegiate in Nevada.

Tuesday, Goetz kept the low scores coming, shooting his 5-under 67.

“It’s a really solid golf course. The greens really held up throughout the day. It softened up a little bit, but I was lucky to get the good draw and not have to play in the rain,” said Goetz, currently 26th in the PGA TOUR University Rankings.

One of the highlights of his round was his birdie at the par-3 17th when he hit his tee shot to four feet.

The weather delay came at an inopportune time for Fanonnel. After making par on his opening hole, No. 10, he rattled off three consecutive birdies before he had to stop for the heavy downpour that fell on the course while he was on the 14th fairway.

“It stopped my birdie streak, but I kept on playing pretty well after that. I made a few mistakes but made some good up and downs. I had a lack of commitment on my shots on the back nine,” said the Lyon, France, native who played collegiately at Louisiana-Monroe.

Ian Martin and Nolan Ray both finished their rounds right before officials blew the horn, leaving them tied with Fanonnel.