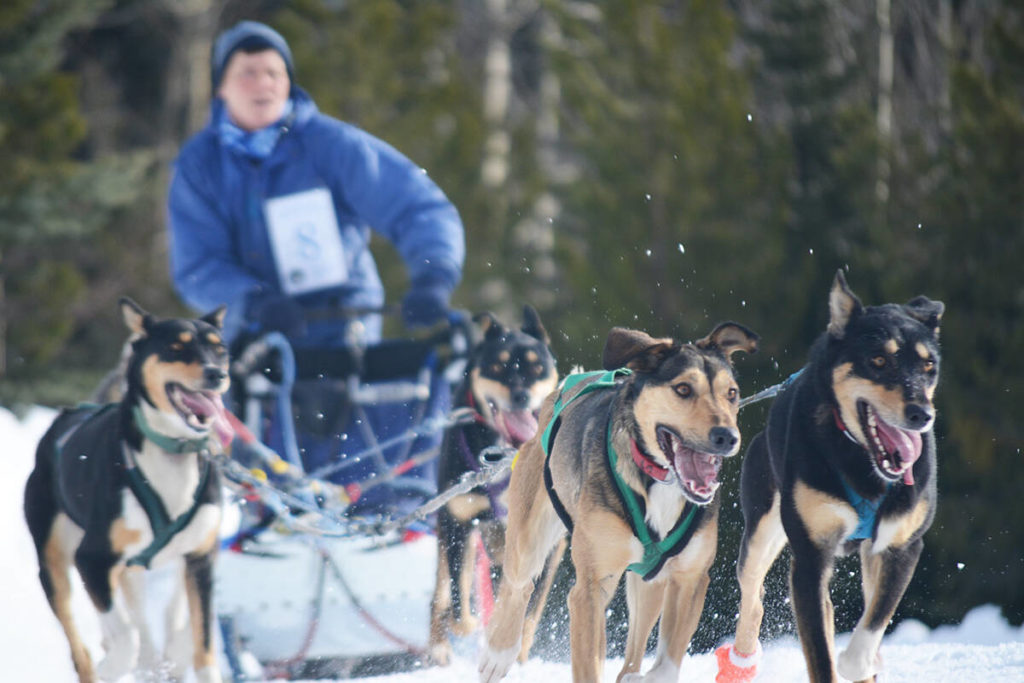 Preparations are underway to bring the Gold Rush Sled Dog Mail Run back to the Quesnel area.

The president of the Gold Rush Trail Sled Dog Association, Ric Raynor, said unlike in 2021, the run should be open to spectators under public health rules.

“We certainly have some restrictions in place, but for the most part, they don’t constrict us because we’re an outdoor event,” he said, noting some indoor events like a Friday night dinner require vaccine passports.

Ten mushers and their teams have signed up for the run, with Raynor noting there is usually a rush of last-second registrations in the week leading up to the event.

This year’s event will begin at Troll Ski Resort in the morning on Friday, Feb. 25, where the mushers will be sworn in as official Canada Post mail carriers. The envelopes which will be carried by the teams are for sale throughout Quesnel, and can be dropped off at the post office.

“The nice thing about that is it gives the mushers one less night of accommodation,” Raynor said.

“The other advantage is after the dinner on Friday, I imagine most of the mushers will head to Wells, where we’ll be for the rest of the weekend.”

Raynor added mushers had been requesting a more centralized event for a few years now. That change, along with the move from the last weekend of January to the last weekend of February were made because the organization was able to take a step back during the COVID-19 pandemic.

At one point the mail run was a qualifier for the Iditarod and Yukon Quest sled dog races, but it’s now a standalone event.

“COVID was the opportunity for change,” Raynor said.

“(The move to Febraury) also gives people more time to buy the envelopes. It’s always such a rush through Christmas to the first three weeks of January.”

In previous years mushers were sworn in at the Canada Post offices in Quesnel. Mail will be carried through and around Wells, and a final dash is set for Sunday morning, ending in Barkerville Historic Town and Park.

Raynor said he’s been watching the weather closely, thanking business owners in Wells and the snowmobile club for helping prepare the town for the mushers arrival.

“Pushing through melting snow is not fun. The advantage with Wells is its a lot higher, so there are some cooler temperatures up there.”

The normal auction may move to a hybrid system, where some of the items will be available for bid online. A full schedule of events is available at sleddogmailrun.ca.

Do you have something to add to this story, or something else we should report on? Email: cassidy.dankochik@quesnelobserver.com