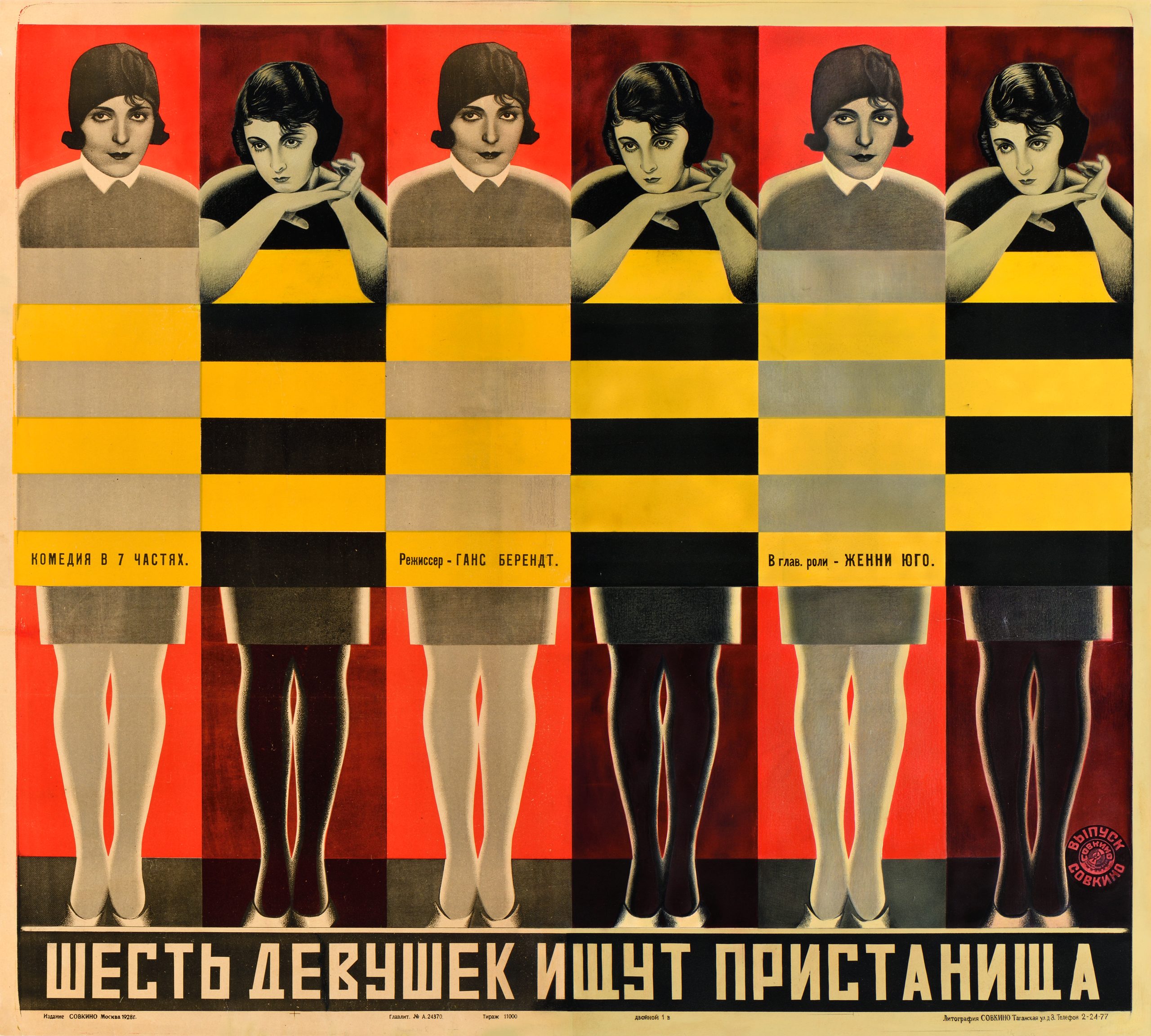 Swiss jeweler Piaget has a history of collaborating with artists such as Salvador Dalí, who in 1967 created a special watch and jewelry collection inspired by his Dalí d’Or coins. Now, the Maison is honoring this heritage with a series of art commissions that will be on display at its glittering new boutique on Rodeo Drive. For the store’s opening, Piaget tapped the multidisciplinary artist and film curator Alia Penner, known for her Pop aesthetic and rainbow Instagram feed. Incorporating Piaget’s signature blue and gold, and inspired by the Golden Age of Hollywood, Penner created colorful collage paintings that celebrate the glamour of her native Los Angeles, featuring silent film stars such as Marion Davies.

—Artnet News in Partnership With Piaget

MetLiveArts and the Metropolis Ensemble commissioned Life Returns, an evening-length composition from composer and saxophonist Matthew Evan Taylor that melds African American, South Indian, and European musical traditions. Metropolis will perform the piece with RAJAS Ensemble, a group led by Rajna Swaminathan that plays an ancient percussion instrument known as the mridangam. The musicians will add their own improvisations to the milieu, in a celebratory touch meant to represent resilience despite despair.

Cartoonist Liza Donnelly, an Art Students League alum, chats with author and illustrator Roxie Munro about the former’s latest book, Very Funny Ladies: The New Yorker’s Women Cartoonists, 1925–2021. The anthology is at once an autobiography recounting the author’s career drawing cartoons for the magazine and an exploration of the legacies of her female predecessors and colleagues.

Madjeen Isaac is a Brooklyn-born Haitian-American artist whose work shows a mix of her two “homes,” Haiti and New York. In her first solo show at Sean Horton (Presents), the artist shows her new series of paintings that combine the hustle and bustle of her Caribbean-American neighborhood in Brooklyn and tropical scenes from Haiti. She builds up these scenes on a smaller scale with photo and paper collages, before transferring the image into a larger painting. Isaac imagines a world where the subway trains and the pre-war buildings of New York burst with green vegetation and the streets are lined with Black and Brown figures partaking in fun and celebratory activities.

5. “Art Break: Getting to Know the Makers of an Ancient Greek Drinking Cup” at the Getty Museum, Los Angeles

In this virtual talk, Getty antiquities curator David Saunders and Sanchita Balachandran, archaeological conservator at Baltimore’s Johns Hopkins Archaeological Museum, will discuss the significance of a 2,500-year old drinking cup in the Getty’s collection. What do the signatures of the potter and painter—Kleophrades and Douris—tell us about the production of the cup? The experts promise a conversation ranging over traditional art historical approaches, advanced imaging techniques, and technical analyses that support their research.

6. “Stan Squirewell: Who That Is?” at Claire Oliver Gallery, New York

For his inaugural show for the artist at Claire Oliver, Squirewell’s work looks at who curates and controls the narratives that become accepted as history, whose stories are told—and whose are ignored. “As a child of the hip hop era, born in the ’70s, growing up in the ’80s and ’90s, I look at my work as almost remixing, crate-digging, but my crates are museums, private collections, and historical narratives,” the artist explains in a statement.

7. “Works and Process presents Rose: You Are Who You Eat by John Jarboe” at the Solomon R. Guggenheim Museum, New York

This queer-inspired musical performance, featuring a wide range of musical styles, is based on artist John Jarboe’s personal origin story. In 2018, his aunt informed him that he was originally supposed to be twins, and that his sister was supposed to be named Rose, but “you ate her. That’s why you are the way you are.” The songs, from queer composers and musicians Emily Bate, Daniel de Jesús, Pax Ressler, and Be Steadwell, are accompanied by “a garden of images” made with filmmaker Christopher Ash, with performers outfitted in intense floral couture designed by Rebecca Kanach.

Installation view of “Victoria-Idongesit Udondian, How Can I Be Nobody” at Smack Mellon. Photo courtesy of Smack Mellon, Brooklyn.

Smack Mellon curator Rachel Vera Steinberg will moderate two artist-led tours of the institution’s current exhibitions, “Victoria-Idongesit Udondian, How Can I Be Nobody” and “Moko Fukuyama, Streaming Surface” (both through April 10). Udondian is a Nigerian-American artists who works with textiles and clothing to make art about identity. Her site-specific installation of weavings at Smack Mellon is a collaboration with immigrant women, whose cast hands she has placed inside the frame of a ship, referencing the African slave trade as well as contemporary migrants traveling by sea. In her solo show, Fukuyama, a sculptor and filmmaker, includes a single-channel video animation, an installation mocking up a filmset, and 28 hand painted faux wood panels she made as commentary on the demanding skill tests would-be scenic artists must pass to enter the labor union.

Since November, Guadalupe Maravilla, whose work is on view in gallery 212 at MoMA, has been staging regular healing sound baths at the museum. The artist was inspired to become a trained sound healer after benefiting from the practice, which is based on the vibrations of gongs, while being treated for cancer. This therapy, he says, “cleanse[s] the water in our bodies, which can carry stress, impurities, and, in some cases, diseases.” Maravilla has designed sculptures and gongs tuned to specific frequencies meant to resonate with the moon and planets to create a soundscape in the gallery. Each session lasts one hour, and late entry is not permitted. The museum will provide yoga mats and seating cushions, and select audience members will get to sit on sculptural beds made by the artist that enhance sound vibrations, with preference going to the deaf or hard-of-hearing. Additional dates are to-be-announced, and the gallery will be on view through October 30.

Osvaldo Mariscotti with his artwork at Upsilon. Image courtesy Upsilon.

For the debut of its new Upper East Side space, Upsilon Gallery is giving Italian-American multi-mediaartist Osvaldo Mariscotti his first New York solo show. Mariscotti’s practice is focused on the study of human perception and the interaction of form and color and reflects the influence non-objective and minimalist painters. His ongoing experimentation with techniques within painting, sculpture, and printmaking allows him to develop a new language and the work often playfully straddles abstraction and figuration, always with a lively palette.

Don’t miss Indian artist Maya Varadaraj’s first solo exhibition at Aicon Contemporary. This series of paintings offer an intimate study of Varadaraj’s inner life, tinged with love and loss. She finds inspiration in the pain of various experiences of womanhood, as well as a deep, personal loss that she recently went through. Family photos of her parents’ childhood, her grandfather, and female family members are given new life in the works on view.

Peter Blum Gallery presents the first solo exhibition of Brooklyn-based artist Rebecca Ward. Ward’s work explores the relationship between painting and craft through the sewing together of cut pieces of canvas. In this show, she layers together painted, dyed, and sometimes plain canvases in order to form large-scale works consisting of geometric shapes, which, according to the gallery, “emphasizes the multidimensional structure of painting beyond its surface and highlights the structural elements that make it possible.”

Following the fall of tsarist rule, the Communist regime in 1920s U.S.S.R. ushered in a fleeting but glorious period of artistic experimentation and innovation, leading to the rise of movements including Constructivism, Suprematism, and Productivism—until such creativity was stifled by Joseph Stalin and 50 years of strict state censorship. Rare film posters by the likes of Alexander Rodchenko and brothers Vladimir and Georgii Stenberg—sometimes so artistic that they have almost no information about the movies they advertised—offer a fascinating snapshot of this brief moment of time. The exhibition is also beautifully designed by Isometric Studio, with bold colors and graphic shapes that perfectly echo the nearly-century-old art on view.