“World Pride Month is a time where we can come together and celebrate Honolulu’s diverse culture and embrace our friends and neighbors in the LGBTQ+ community,” said Blangiardi. “The lighting of Honolulu Hale and raising of the Pride flag today are important symbols of our commitment to do more to build a more inclusive and diverse city.”

“Flying the pride flag over city hall during the day and lighting Honolulu Hale with rainbow lights at night will send a powerful message to our LGBTQ+ young people, their families and everyone in Hawaiʻi. This is a message of love, respect and aloha,” Miyamoto said to those gathered. “This is so meaningful for our students and our young people here in Hawaiʻi who live their truth every day.”

Honolulu Hale will be lit in the rainbow colors of the Pride flag from sundown on June 21 through sunrise on June 25.

ROCHESTER – Plans for Rochester’s bus rapid transit system will be highlighted during a series of upcoming events.

These are the upcoming events:

Even as the National Centre for Disease Control (NCDC) has developed a surveillance system to record each death during extreme heat events, it also needs to be integrated in the public health system, experts have said.

Prof Mahaveer Golechha, Nodal officer of Centre for Excellence on Heat Health under the National Programme on Climate Change and Public Health, Union Ministry of Health and Family Welfare, Government of India, told The Indian Express that surveillance systems have been developed to record deaths during extreme heat events but are yet to be integrated in the public health system.

Prof Dileep Mavalankar, who heads the Indian Institute of Public Health at Gandhinagar, has said that hospital admissions and mortality need to be reported every day so that they can be correlated with heat. “What we have shown in Ahmedabad is that if you correlate mortality with temperature, then one can arrive at a local threshold. Each city has to have a local threshold of morbidity and mortality determination. Training and awareness programmes are being conducted but there is a need to record the death and correlate it with temperature across each city,” he said.

A National Action Plan on Heat-Related Illness (HRI) has been developed that outlines the basics of heat wave, HRIs and their management from primary to tertiary level, preparedness plan before, during and after summer season, and the standard operating procedures for surveillance of heat stroke cases and deaths. The plan has been prepared under the National Programme on Climate Change and Human Health.
According to Dr Archana Patil, Maharashtra director of health, advisories along with weekly IMD weather bulletins on heat wave conditions have been issued to each district in the state as hot days become the norm across Maharashtra. “So far, no case of heat stroke has been reported this year,” state health authorities have said.

Dr Pradeep Awate, State surveillance officer, told The Indian Express that since the beginning of March there has been a rise in the maximum and minimum temperatures. Each district has been told to step up measures to come out with their heat action plans so that facilities like cooling rooms, emergency medical kits and others are in place. “With the help of IMD, we are also planning to step up awareness about the heat condition during a particular day with colour-based codes. White colours would be associated with normal, pleasant temperature. Yellow, orange and red colours would be associated with related alerts on mild and severe heat conditions,” Dr Awate added.

Dr Sanjay Deshmukh, Assistant Director (health) Pune circle, which includes Pune, Satara and Solapur, said weather bulletins were being shared with health authorities so that they were aware of the heat wave warning for the next five days. 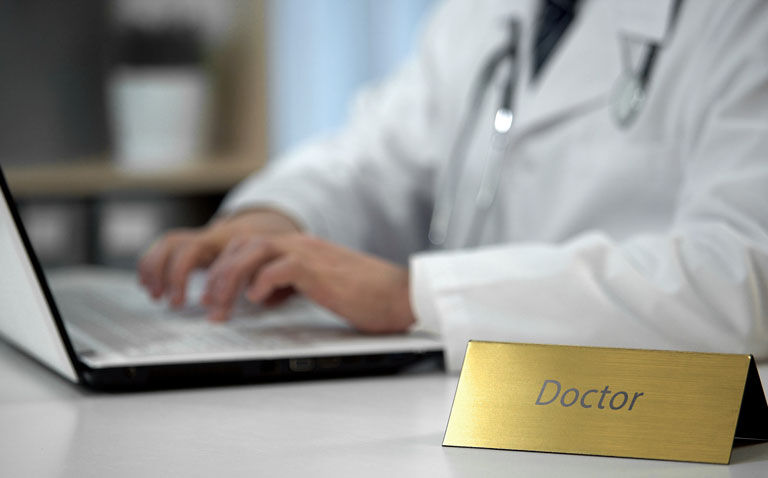 A deprescribing clinical support system has been found to have no impact on the level of adverse drug events in older adults, despite reducing the proportion of inappropriate medicines prescribed. This was the key finding from a cluster randomised clinical trial by a team from the Clinical Practice Assessment Unit, Department of Medicine, McGill University Health Centre, Quebec, Canada.

Deprescribing is defined as the process of tapering or stopping drugs, aimed at minimising polypharmacy and improving patient outcomes. Medication-related harm is relatively common occurrence after hospital discharge in older adults and one systematic review found that within 30 days after discharge, the incidence of harm ranged from 167 to 500 events per 1,000 individuals discharged. Moreover, another study found that 11% of patients discharged from hospital developed an adverse drug event, of which 27% were preventable and 33% were ameliorable. In an attempt to reduce the level of inappropriate medications, one study explored the value of an electronic decision support tool for deprescribing, termed MedSafer. The study demonstrated the the use of MedSafer, increased the proportion of patients with one or more potentially inappropriate medicines (PIMs) deprescribed at hospital discharge as compared with usual care.

Based on the findings of the MedSafer pilot study, the current researcher team, who developed the system, sought to provide more robust evidence for the impact of their clinical decision-support tool on the level of adverse drug events (ADEs). The secondary aim was to assess the value of MedSafer on describing. The system was evaluated in 11 acute care hospitals in Canada. Eligible patients included those aged 65 years and older and who were regularly taking 5 or more medicines, prior to hospital admission. During the study, participants received usual care and any deprescribing was undertaken by physicians and pharmacists. The main intervention was the provision of individualised deprescribing reports which were compared with usual care. The primary outcome of interest was the reduction of ADEs within the first 30 days after discharge which was captured through a structured telephone survey that enquired about any adverse events. These outcomes were documented and an ADE was defined as an event with a rating of 5 or 6, indicating that the event was either probably (5) or definitely (6) caused by medication. The main secondary outcome was the proportion of patients with one or more potentially inappropriate medicines deprescribed at discharge.

A total of 5698 participants with a median age of 78 years (50.2% female) were enrolled in the trial and randomised to intervention (2494) or control. Overall, an opportunity for deprescribing was identified in 86.4% of patients.

For the secondary outcome, the proportion of participants with one or more PIMs deprescribed was 29.8% for those assigned to usual care and 55.4% of those in the intervention group.

The authors concluded that while their study did not significantly affect 30-day ADEs, the intervention did reduce the number of PIMs prescribed without evidence of increased harm.